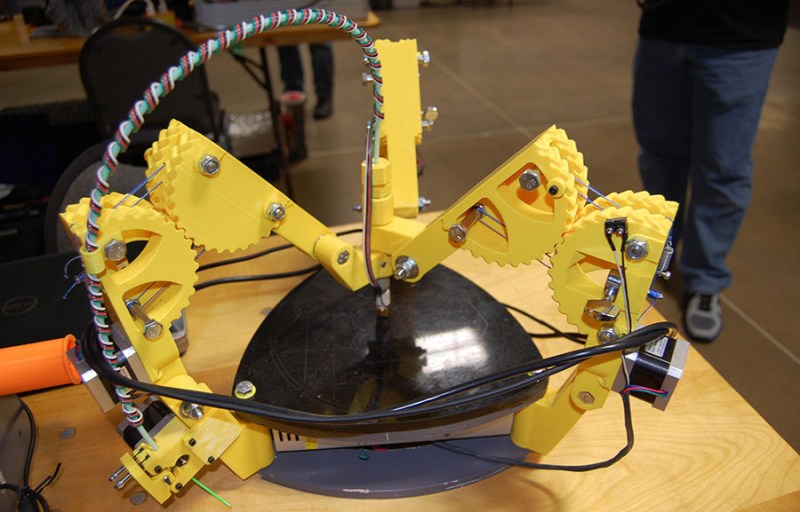 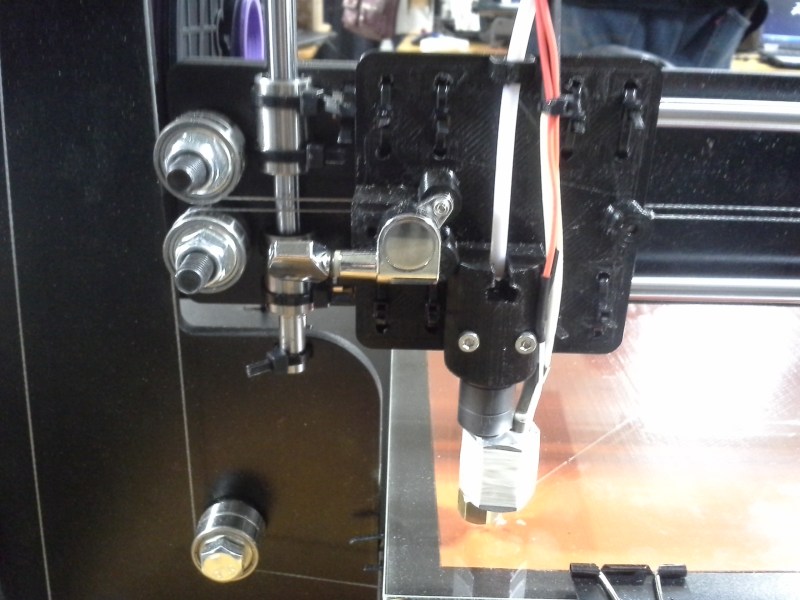 All axes are cord driven. Notice the cord pulleys, they are composed of two skate bearings. The radiused edges of the bearings provide a perfect groove for the cord to ride in. Like on the Wally and Simpson, the drive cords are tightened using guitar tuners and wrapped around drums that are powered by stepper motors. 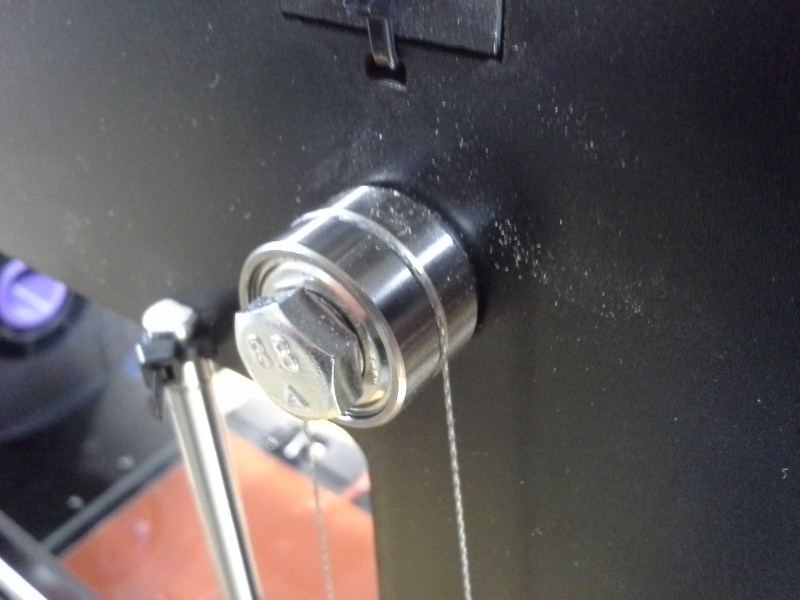 [Nicholas] is still tweaking the design and plans to release the source files to the community soon via his GitHub page. We are looking forward to seeing more of this printer in the future.