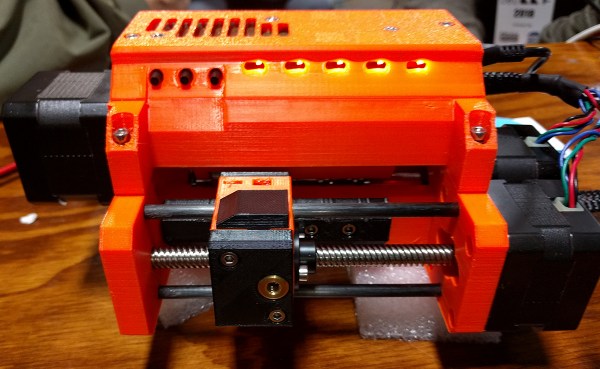 END_OF_DOCUMENT_TOKEN_TO_BE_REPLACED

Every year, nestled between a swine auction and beef auction at the fairgrounds in Goshen, Indiana, the world’s greatest 3D-printing meetup happens. The Midwest RepRap Festival draws the greatest minds in 3D printing from around the world, with teams flying in from Prague, Oxford, and Hong Kong. This year was bigger than any other year. Over 1,000 people ventured forth into the sticks to attend this awesome festival dedicated to DIY printers.

What did we see this year? The PartDaddy, SeeMeCNC’s 18-foot-tall delta printer made an appearance. We saw a new extruder from E3D, and an announcement that Open Source filaments will soon be a reality. True color printing with a five filament CMYKW system is weird and cool. DIY resin printers using laser diodes and galvos are now a thing. An Easy Break Oven isn’t broken. Printers with an infinite build volume now exist, and it skirts around a MakerBot patent, too.

There was more to see at MRRF than a single weekend would allow. [Jason Kridner] from BeagleBone was there talking about the latest in fancy single-chip Linux computers. Hackerspaces were there talking about their coolest builds and doing the calculations necessary to strap model rocket engines to 3D printed rockets. A few local colleges sent teams out to talk about their efforts to bring additive manufacturing to their programs. YouTube personalities were there. Check out the rest of the goodies we saw below.

END_OF_DOCUMENT_TOKEN_TO_BE_REPLACED

While most of the current crop of resin printers use either DLP projectors or LCDs and a big, bright backlight [Mark Peng]’s Moai printer uses a 150 mW laser diode and galvos. This is somewhat rare in the world of desktop 3D printers, thanks in no small part to the ugliness between Formlabs and 3D Systems. Still, it’s a printer that looks fantastic and produces prints that are far beyond what’s possible with a filament-based machine.

END_OF_DOCUMENT_TOKEN_TO_BE_REPLACED

Today at the Midwest RepRap Festival, Lulzbot and IC3D announced the creation of an Open Source filament.

While the RepRap project is the best example we have for what can be done with Open Source hardware, the stuff that makes 3D printers work – filament, motors, and to some extent the electronics – are tied up in trade secrets and proprietary processes. As you would expect from most industrial processes, there is an art and a science to making filament and now these secrets will be revealed.

IC3D Printers is a manufacturer of filament based in Ohio. This weekend at MRRF, [Michael Cao], founder and CEO of IC3D Printers announced they would be releasing all the information, data, suppliers, and techniques that go into producing their rolls of filament.

According to [Michael Cao], there won’t be much change for anyone who is already using IC3D filament – the materials and techniques used to produce this filament will remain the same. In the coming months, all of this data will be published and IC3D is working on an Open Source Hardware Certification for their filament.

This partnership between IC3D and Lulzbot is due in no small part to Lulzbot’s dedication to Open Source Hardware. This dedication is almost excessive, but until now there has been no option for Open Source filament. Now it exists, and the value of Open Source hardware is again apparent. 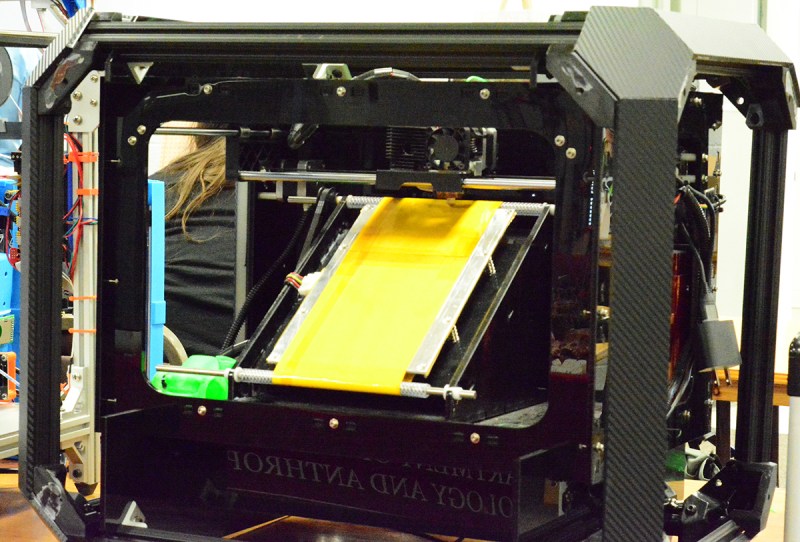 END_OF_DOCUMENT_TOKEN_TO_BE_REPLACED

Every year, sometime in March, the world’s preeminent 3D printing enthusiasts gather in the middle of nowhere This is MRRF, the Midwest RepRap Festival. It’s only two weeks away. You need to come. Get your (free) tickets here. I’ll be there, and Hackaday is proud to once again sponsor the festival.

I need to backtrack a bit to explain why MRRF is so great. I go to a lot of cons. Maker Faire is getting old, CES was a horror show. Even DEF CON is losing its charm, and all of these cons have the same problem: there are too many people. MRRF does not have this problem. For one weekend a year, everyone who is anyone in the 3D printing world makes it out to the middle of Indiana. This is a small meetup, but that’s what makes it great. It’s a bunch of dorks dorking around for an entire weekend.

If that’s not enough to convince you, take a look at the previous coverage Hackaday has done from MRRF. The PartDaddy, an 18-foot-tall 3D printer will be there. The world’s largest 3D printed trash can will not. Prusa is coming in from Prague, E3D is coming in from England. Judging from past years, this is where the latest advancements in home 3D printing first appear. This is not an event to miss.

You might be wondering why the world’s greatest 3D printer festival is in the middle of nowhere. Goshen, Indiana is the home of SeeMeCNC, builders of the fantastic Rostock Max 3D delta bot. MRRF is hosted by the SeeMeCNC guys. If you’re exceptionally lucky, you’ll get to go over to the shop and see a demo of their milling machine that cools parts by ablation.