3D printers are the single best example of what Open Hardware can be. They’re useful for prototyping, building jigs for other tools, and Lulzbot has proven desktop 3D printers can be used in industrial production. We endorse 3D printing as a viable tool as a matter of course around here, but that doesn’t mean we think every house should have a 3D printer.

Back when Bre was on Colbert and manufacturing was the next thing to be ‘disrupted’, the value proposition of 3D printing was this: everyone would want a 3D printer at home because you could print plastic trinkets. Look, a low-poly Bulbasaur. I made a T-rex skull. The front page of /r/3Dprinting. Needless to say, the average consumer doesn’t need to spend hundreds of dollars to make their own plastic baubles when WalMart and Target exist.

The value proposition of a 3D printer is an open question, but now there is some evidence a 3D printer provides a return on its investment. In a paper published this week, [Joshua Pearce] and an undergraduate at Michigan Tech found a 3D printer pays for itself within six months and can see an almost 1,000% return on investment within five years. Read on as I investigate this dubious claim.

Data From Printing One Thing Per Week 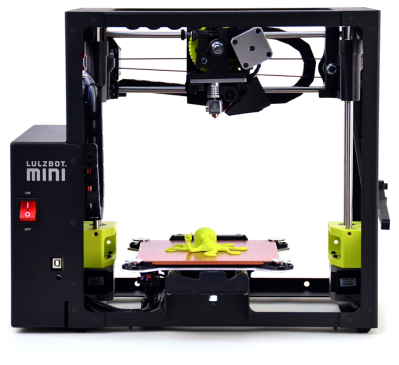 The purpose of this study was to determine if 3D printers are viable for the consumer. To assess this, the study used a Lulzbot Mini 3D printer, an undergrad named [Emily Petersen] who pretended to be a technologically illiterate consumer for this experiment, and about a kilogram of PLA filament. Over the course of several weeks, [Emily] downloaded 26 items from online object repositories, and compared the total cost to print these items against comparable items available through online retailers. When comparing the cost of printing these objects to low-cost commercially available options, the 3D printer paid for itself in 2.4 years. This return on investment is seen by printing one object per week.

The objects printed in this study included a tool holder, snowboard bind plate, Nikon lens cap holder, sewing machine presser foot, shower head, seatbelt guide, GoPro mount, Canon lens hood, and an iPhone 6 case. In other words, little bits of plastic that are usually produced in China, shipped to Los Angeles, stuffed on a train, packed in a truck, and delivered to your local WalMart.

Part of this study was to determine if a 3D printer was worth it for a technologically illiterate consumer; the Lulzbot Mini and ‘quick print’ settings in Cura are perfect for someone who barely knows what they’re doing.

Is 3D Printing the Amazon Prime of Plastic?

There are a number of ways to criticize this study. The usefulness of a model of a Death Star is questionable, and the ‘high end’ commercial alternative for a ‘nozzle torque wrench‘ costs $419.58 — probably something off of the Snap-on truck that artificially inflates the best case scenario for a 3D printer’s ROI.

However, this study does use a Lulzbot Mini, a printer that costs $1250. While the Mini is a fantastic printer, buying an i3 clone is cheaper than renting time on a printer at a coworking workshop. Cheap 3D printers are getting really good, and a pair of Benjamins will get you a printer that’s more than sufficient for any technically-minded person. They might not be fit for Joe Consumer, but they will get the job done. Either way, think of the up-front cost as a ‘membership fee’ after which the stuff you print is ‘free’ (aside from filament cost of course).

This leaves the question: is 3D printing ready for prime time? Is it possible for an average consumer to save money with a 3D printer? Are 3D printers easy to use if you’re technologically illiterate?

That’s what we want to know, and we’re looking for your answers in the comments.

132 thoughts on “Ask Hackaday: Is Owning A 3D Printer Worth It?”