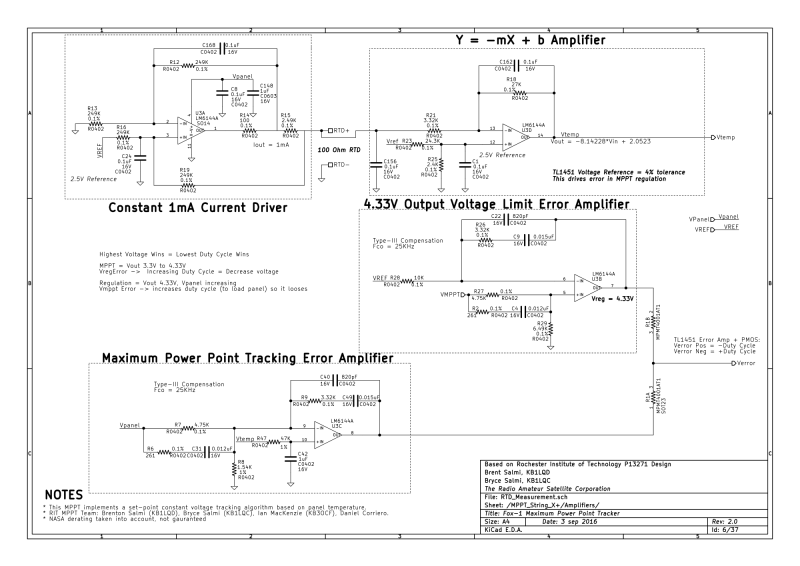 They created some sharp-looking documentation for this project. I would highly suggest taking a couple of minutes to read their Fox-1 MPPT document if you are interested in seeing the carefully thought out design in detail. The collection of schematics shown above was used to predict the maximum power point voltage. The analog computer used Y = mX + B to accurately predict the MPPT based off of solar panel temperature. In doing this, they were able to account for radiation in orbit causing bit flips. Understanding all of these factors was essential for the success of this tiny beast.

We would like to say good luck to the RIT team of Bryce Salmi, Brenton Salmi, Ian MacKenzi, and Daniel Corriero in their future endeavors. Sending anything into space and then keeping it running once it gets there is no easy task, and there is already another MPPT set to launch on a Fox-1E CubeSat aboard a Virgin Galactic Launcher One in December, 2017. Check out some of the necessary testing they did on it below to ensure that this would be a successful mission. Let us know if you think this is as awesome of a collaboration as we do.

19 thoughts on “AMSAT MPPT Goes To Infinity And Beyond”