The history of physics is in part the history of astronomy. Following the publication of Newton’s Principia, the observations of Kepler and Brahe, men of science had become very, very good at measuring and tracking the motions of the planets. There was a lack of a truly predictive quality to this science, though; what discoveries could be made with this new-found knowledge?

In 1831, Somerville would publish Mechanism of the Heavens, a 700-page tome describing the entirety of celestial mechanics. In this book, Somerville described the pull of gravity on the surface of the sun and planets, the pull of gravity on Earth, determined by the period of a pendulum, and a solution to a problem that stumped Kepler, finding the true anomaly of an orbit, or the angle between the direction of the periapsis and the current position of the celestial body. 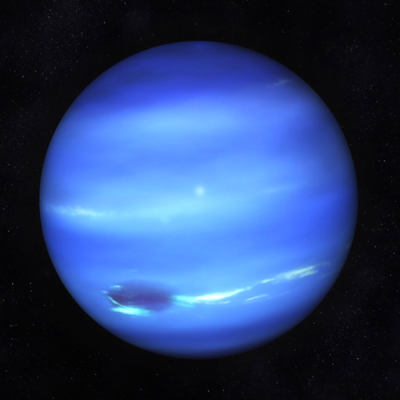 Somerville’s work also concerned the perturbations of the planets due to the gravitational effects of Jupiter and Saturn, and suggested the orbit of the then newly-discovered Uranus may be influenced by another rogue planet. This influenced John Couch Adams to calculate the position of such a planet, leading to the discovery of Neptune. Although the discovery of Neptune is muddled in a controversy, the person who developed the tools to do so was Mary Somerville.

But Somerville did not concern herself solely with the motions of the heavens. Arguably, her most influential achievement was a textbook, Physical Geography. This book described geography as mountains, lakes, and rivers, but also discussed plant and animal inhabitants and their geographical distribution across the planet. In short, Somerville’s work described the modern concept of physical geography and was used as the standard textbook for the field for decades after her death.

Replication Studies Are Great, Even If They’re Wrong

Somerville didn’t always get it right, however. In 1813, a Professor Morichini in Rome discovered that steel, exposed to the violet rays of the solar spectrum, became magnetic. This turns out not to be the way the world works, but because magnetism was so poorly understood — this was still several years before Ørsted noticed a compass needle twitching when placed near an electric current — and the fact there was apparently a connection between light and magnetism, no one knew if this effect was real.

Several scientists of the time attempted a replication of Morichini’s experiment but failed in their replication of the experiment. Somerville somehow succeeded. Her paper was presented on her behalf to the Royal Society in 1826 by her husband William Somerville — the Royal Society was still a men’s club. Mary presented the first positive replication of Morichini’s findings. In response, Sir David Brewster, inventor of the kaleidoscope and stereoscope, wrote Somerville was, ‘certainly the most extraordinary woman in Europe’.

We don’t know what caused the effect in Somerville’s experiment. Faraday later suggested that heating the metal in the presence of the Earth’s magnetic field could have magnetized it. At the time, measurements of magnetism were more qualitative than quantitive. At any rate, Somerville was probably responsible for prolonging interest in photomagnetism, wrongly, for fifteen years or so. You can’t win them all.

The Legacy of Mary Somerville

Along with Caroline Herschel, Somerville became the first women inducted into the Royal Astronomical Society. After the publication of Connexion, she was granted a civil pension by the Crown of £200 per year in recognition to her contributions to science. There is a crater on the moon, an asteroid, and a college at Oxford bearing her name.

However, perhaps her greatest contribution to society was her endorsement of John Stuart Mill’s petition for female suffrage. Mill asked Somerville to sign the petition after her autobiography described the challenges she faced in obtaining an education as a young girl. Where the boys learned Latin, the girls were only allowed to study the Bible. Where the boys learned Greek, the girls learned needlework and other domestic duties. Despite this, Somerville rose to prominence in such a way that she alone can be called the first scientist.