Join us on Wednesday, January 15 at noon Pacific for the Habitable Exoplanets Hack Chat with Alberto Caballero!

Many of the major scientific achievements of the last 100 years or so have boiled down to problems of picking out a signal from the noise. Think about analyzing the human genome, for instance: we each have something like two meters of DNA coiled up inside each cell in our body, and yet teasing out the information in a single gene had to wait until we developed sufficiently sophisticated methods like PCR and CRISPR.

Similarly, albeit on the other end of the scale, the search for planets beyond our solar system wasn’t practical until methods and instruments that could measure the infinitesimal affect a planet’s orbit on its star were developed. Once that door was unlocked, reports of exoplanets came flooding in, and Earth went from being a unique place in the galaxy to just one of many, many places life could possibly have gotten a foothold. And now, the barrier for entry to the club of planet hunters has dropped low enough that amateur astronomers are getting in on the action.

Alberto Caballero is one such stargazer, and he has turned his passion for astronomy into an organized project that is taking a good, hard look at some of our nearest stellar neighbors in the hope of finding exoplanets in the habitable zone. The Habitable Exoplanet Hunting Project is training the instruments in 33 observatories around the globe on ten stars within 100 light-years, hoping to detect the faint signal that indicates an orbiting planet. They hope to add to the list of places worthy of exploration, both from Earth via optical and radio telescopes, and perhaps, someday, in person.

Join us on the Hack Chat with Alberto as we discuss the search for habitable exoplanets. We’ll explore the project’s goals, its successes thus far, and where it’s going in the future. We’ll also find out just what the amateur astronomer needs to get in on the action, and maybe even talk a little about why the search for “Earth 2.0” is so important.

Our Hack Chats are live community events in the Hackaday.io Hack Chat group messaging. This week we’ll be sitting down on Wednesday, January 15 at 12:00 PM Pacific time. If time zones have got you down, we have a handy time zone converter. 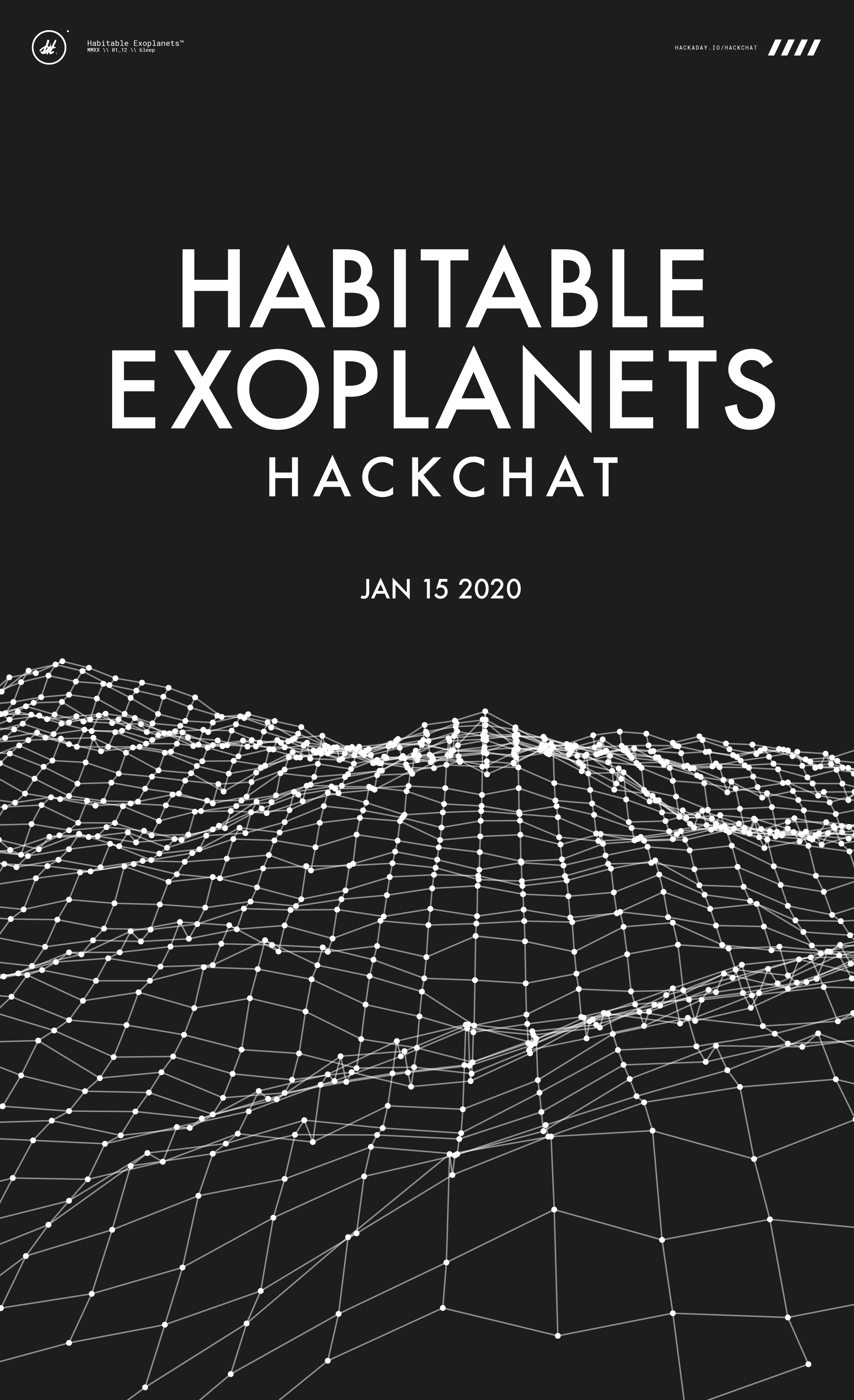