Last year brought some exciting news from the unlikely quarter of an unexciting industrial estate in the British town of Swindon, the company Swindon Powertrain announced that they’d be marketing an all-in-one electric motor and transmission. Essentially this would be a crate engine for EV conversions, and since it’s pretty small it would be able to be shoehorned into almost any car. So often these announcements later prove to be vapourware, but not in this case, because Swindon Powertrain have announced that you can now order the HPD as they call it, for delivery in August. It’s not entirely cheap at £6400 ($7846) exclusive of British VAT sales tax, but when its integrated transmission and differential is taken into consideration it starts to seem more attractive when compared to engineering a random motor onto an internal combustion engine transmission. 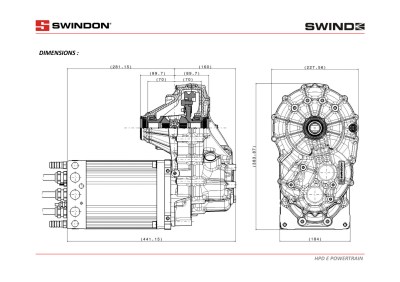 They provide a product page with links to a load of data, installation information, and even a CAD model, as well as an ordering page in their webshop from which you can pay the deposit with the rest presumably payable in August before delivery. There is also a range of optional extras including matched inverters, drive shafts, a limited slip differential, and a coolant pump, which makes the whole ever more attractive as a package. 80kW should be enough to lend sprightly performance to all but the largest of cars, so we’ll expect to see this motor ever more often in years to come.

There is already a thriving home-made EV scene which we don’t expect this unit to displace. Instead it will find a niche at the professional and semi-professional conversion level, and we wouldn’t be surprised to see an aftermarket springing up offering ready made subframes to fit it to popular cars. If it is a success there will inevitably be copies and probably at a lower price, so it could be the start of a wave of very interesting conversion options. We hope that Swindon Powertrain will do well with it, and will manage to stay one step ahead of the upstarts. You can read our coverage of its announcement and their electric Mini prototype here.

Thanks [Carl Pickering] for the tip.