Join us on Wednesday, March 30 at noon Pacific for the PCB Thermal Design Hack Chat with Mike Jouppi!

Most of the time, designing a printed circuit board is a little like one of those problems in an introductory physics course, the ones where you can safely ignore things like air resistance. With PCBs, it’s generally safe to ignore things like trace heating and other thermal considerations in favor of just getting everything placed sensibly and routing all the traces neatly.

But eventually, the laws of physics catch up to you, and you’ll come across a real-world problem where you can’t just hand-wave thermal considerations aside. When that happens, you’ll want to have a really good idea of just how much a trace is going to heat up, and what it’s going to do to the performance of your board, or even if the PCB is going to survive the ordeal.

Digging into the thermal properties of PCBs is something that Mike Jouppi has been doing for years. After working in the aircraft industry as a mechanical engineer, he started Thermal Management LLC, which developed software to make the thermal design of PCBs easier. He’ll stop by the Hack Chat to answer your questions about PCB thermal design considerations, and help us keep all our hard work from going up in smoke.

Our Hack Chats are live community events in the Hackaday.io Hack Chat group messaging. This week we’ll be sitting down on Wednesday, March 30 at 12:00 PM Pacific time. If time zones have you tied up, we have a handy time zone converter. 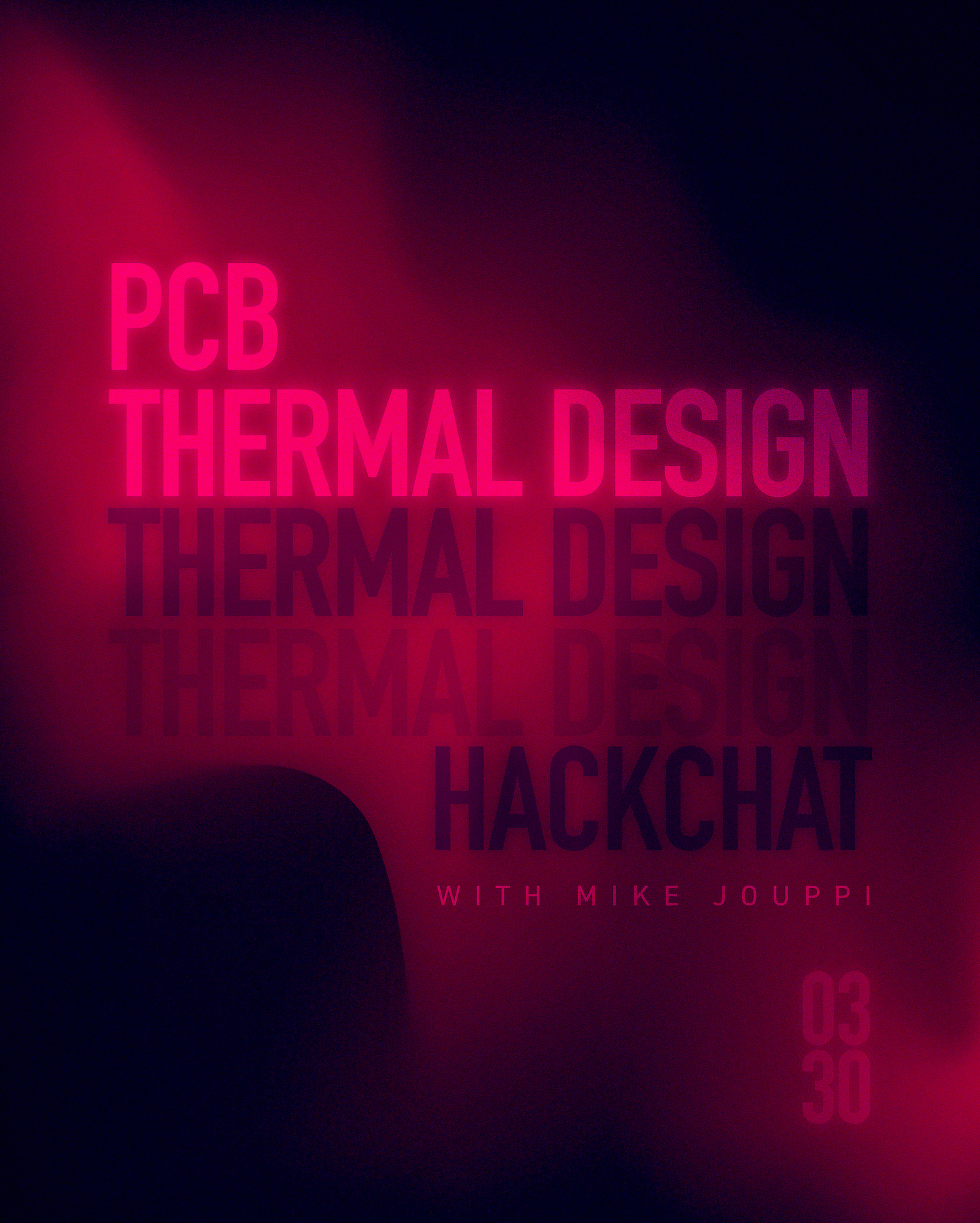