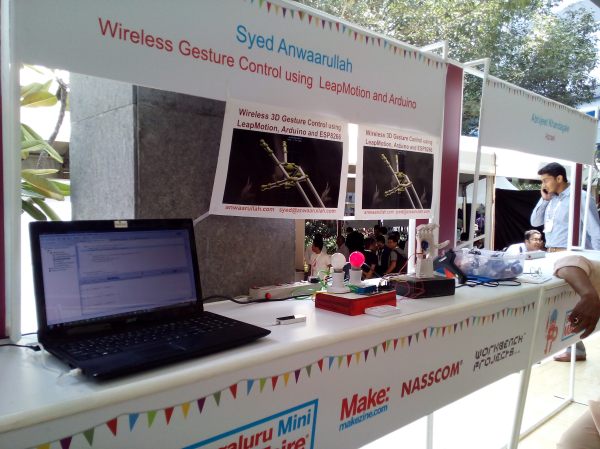 The Leap Motion controller is a rather impressive little sensor bar that is capable of generating a massive 3D point cloud and recognizing hands and fingers to allow for gesture control based computing. It’s been out for a few years now but we haven’t seen many hackers playing with it. [Anwaarullah] has messed around with it before, but when it came time to submit something for India’s first Maker Faire, he decided to try doing an actual project with it.

Checking out the latest Leap Motion SDK, [Anwaarullah] realized many improvements had been made and he’d have to rewrite some of his original code to reflect the changes. This time around he’s opted to use the ESP8266 WiFi module instead of a Bluetooth one. He printed off a Raptor hand (from the wonderful folks at e-NABLE) and hooked it up with some RC servos to give him a nice robotic hand to control.