[Mike Szczys] recently got together with [Bob Baddeley] to talk about his experiences taking a hobby project to market. He’s not quite there yet, but [Bob] decided to travel a route which we find quite interesting. He has been taking part in a 111 day accelerator program called Haxlr8r. The idea is that this experience will give him the manufacturing chops he needs to meet the demand when his product actually launches. He spent a considerable amount of time in China, an experience he blogged about at length. The program also provides development cash in return for a percentage of the company.

The product he’s working on is an LED scoreboard, which explains why he calls the company Portable Scores. It started as a hobby project, and he brought one of the early prototypes along to show off in the video after the break. It’s a wooden frame, with foam board for the back and substrate, and clear acrylic on the front to protect the LEDs. All of the soldering is point-to point (there’s an image of this available after the break too). His redesigns have moved from Arduino to a PIC controller, made the entire face of the display one PCB, and added Bluetooth control. It’s great to see someone really go for it with a well-conceived project. We wish him all the best!

Wiring for the prototype display: 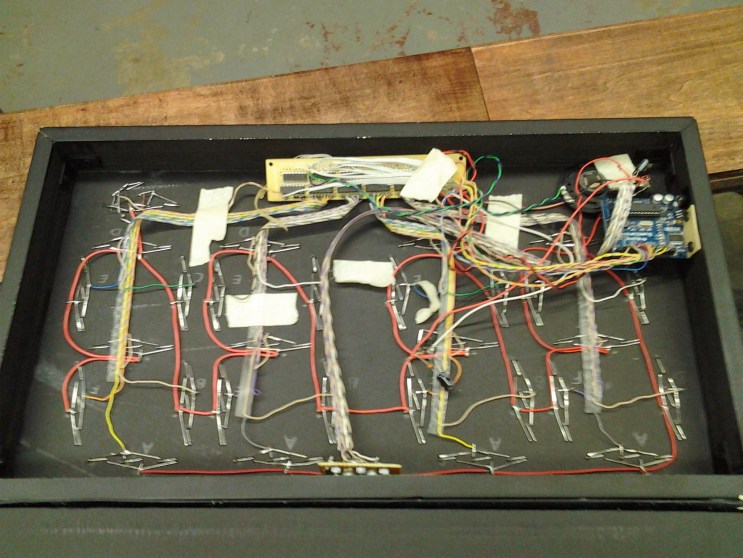 17 thoughts on “[Bob’s] Experience With Haxlr8r”