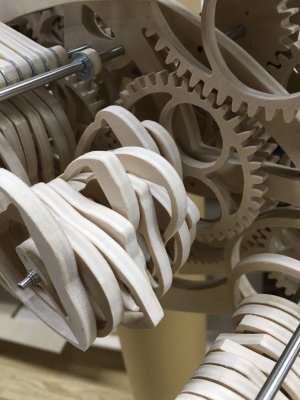 [Kango]’s “Writing Clock” can be seen in the Tohoku University of Art and Design, from February 9th to February 14th, so if you are in that neck of the woods, do drop in and check it out. You might even catch him fine tuning his masterpiece.

Thanks to [Dave Ehnebuske] for sending in this tip.