[Glytch] has been building drones since before they were called drones. Instead of submitting his time machine into the Hackaday Prize, he’s throwing his pocket sized, 3D printable coaxial drone into the ring. 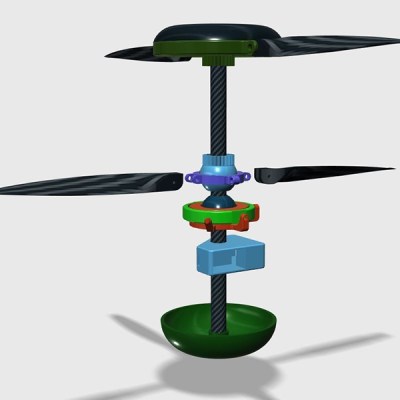 His focus is on designing small and very portable drones, preferably one that has folding arms and can fit into a backpack. His portfolio even includes a clone of the DJI Mavic, the gimbaled camera-carrying consumer drone known for its small volume when folded.

Navi — [Glitch]’s entry for the Hackaday Prize — is a complete departure from quadcopters with folding arms. It’s simple to use, and all he needs to do to launch it is hold it in the air and press a button. It does this by being a coaxial drone, or a cylinder with a pair of folding props sticking out the side. The chassis and mechanics for this drone are 3D printable, making this an awesome entry for the Hackaday Prize.