The invention of the LED is one of the most important discoveries of our times. They are everywhere, from our flashlights to household lighting and television sets. We don’t need to tell you that a project with more blinkies is better than a project with fewer blinkies. But an LED is not simply an LED; the sheer variety of LEDs is amazing, and so in this write-up, we’ll take a closer look at how to choose the right LED for your next masterpiece. 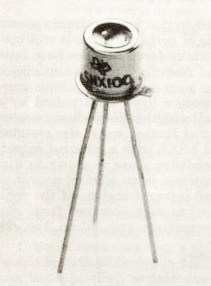 The first official LED was created in 1927 by Russian inventor Oleg Losev, however, the discovery of electroluminescence was made two decades prior. British experimenter H. J. Round of Marconi Labs was the first to report the phenomenon in 1907. He found that silicon carbide would glow with a yellowish light when a potential of ten volts was applied to it. This set off years of experimenting with materials such as silicon carbide, gallium arsenide, gallium antimonide, indium phosphide, and silicon-germanium in an attempt to create a practical device.

In 1955, Rubin Braunstein reported infrared emission from gallium arsenide, however James R. Biard and Gary Pittman of Texas Instruments presented the first IR lamp (PDF) in 1961 which was the first practical LED to be patented in the August of the same year. Consequently, the first commercial LED was an IR LED with 890 nm light output and was called the SNX-100. 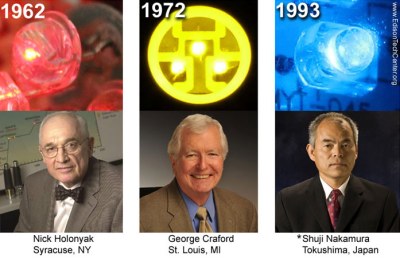 The era of the visible LED began in 1962 by Nick Holonyak, Jr. who was working at General Electric at the time. He discovered the red LED and published the results in the Applied Physics Letters on December 1, 1962 and currently holds around 41 patents to his name. He is known as the father of the visible LED and is also responsible for the laser diode commonly used in CD and DVD players. A decade later came the discovery of the yellow LED, M. George Craford, who happens to be a former graduate student of Holonyak.

The LED that Won the Nobel Prize

In 2014, three scientists, Isamu Akasaki, Hiroshi Amano, and Shuji Nakamura won the Nobel prize for inventing the blue LED in the early 1990s. Although RGB LEDs are obviously not possible without the “B”, the invention of the blue LED was important beyond the color. Blue LEDs are bright and efficient, and were the last stepping stone towards producing the white LED that illuminates the world today.

There are two methods to create white light from LEDs. The obvious method involves mixing three primary colors in the correct proportions to produce white illumination. The second method which is used to make white LEDs is the phosphor method where the blue LED shines onto a yellow phosphor coating.

In this method, the blue LED is used in conjunction with a yellow phosphor coating. The idea is to have part of the blue light converted into yellow light and leave a part of it in its original wavelength. When both these lights combine, they form a white beam which is far more efficient and pure than that from the first method.

Believe it or not, this discovery of color combination was made by Sir Isaac Newton in the early 1700s.

Behind their Glowing Personality

Regardless of the color, LEDs are all electroluminescent. Electroluminescence is the phenomenon wherein a material emanates light when an electrical current is passed through it. The underlying process involves the recombination of electrons and holes in the material. Check out this video for a quick summary and visualization. 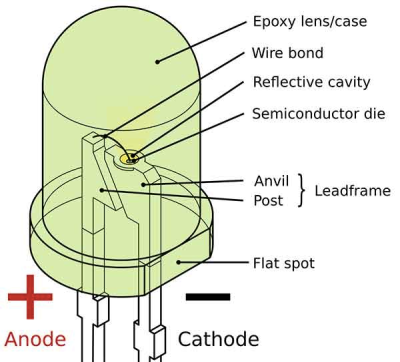 An LED is a diode, or a PN junction. The types of materials used in the junction determines the color and intensity of light emitted. Voltage applied across the junction provides the energy to break electrons free from their parent atoms. The free valence electrons later recombine and release that energy as a photon. A typical LED construction is shown below. The semiconductor die is where the recombination happens and the photons are emitted. In order to channel this light, a reflective conical cavity is made and the epoxy lens on top allows for further collimation or diffusion of the light.

If the physics of the LED interests you then I suggest starting with The First Practical LED (PDF) as a reading resource.

Different materials used in the die preparation are as follows. 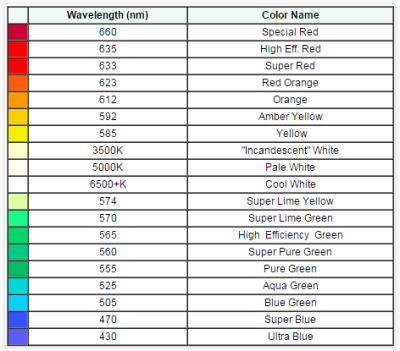 An LED for Every Reason 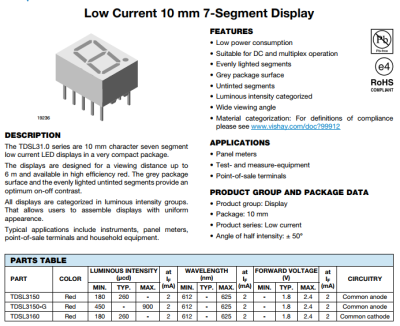 Beyond different colors, different LED materials lend themselves to different applications. Lower-intensity LEDs are typically employed as equipment indicators like in the case of router blinking lights. There could be as many as 100 LEDs on typical rack mount equipment and these should draw as little power as possible, but don’t need to be blindingly bright. Seven segment displays can have a luminous intensity (LI) as low as 260 ucd at 15 mA.

There are brighter LEDs that are designed for fog lamps and traffic lights and have LI of 34 cd at 350 mA (2.15V). It does not stop there either. LED grow lights are specifically targeted towards horticulture and indoor farming. There, a mix of blue and red light is usually used for growing plants in artificial lighting, although some companies claim that targeted lighting with 730 nm, 660 nm, and 450 nm provides the best balance of growth and efficiency.

And just when you thought things could not get any more complicated, we have the case of white LEDs. The color of light produced is measured on the Kelvin scale, where a lower number equates to a warmer light—the higher the number, the whiter, (and, yes, eventually bluer) the light will be.

LEDs intended for lighting, especially those sold on eBay, are often specified by how many watts they consume. For instance, this LED ad says 12 V and 20 W which by Ohm’s Law means a current consumption of 1.66 A. The wattage is the amount of power which the lamp ‘should’ consume at a particular supplied voltage, but isn’t a good measure of light output — for that you should be concerned with LI.

But wattage does matter. Assuming that an LED’s efficiency is roughly 50%, running that LED at 20 W means that around 10 watts will be dissipated as heat. Because the efficiency of an LED gets worse as it heats up, this kind of LED absolutely requires a heat sink if run at high currents. We’ll discuss this topic more in a future article on driving LEDs.

The Future Of LED Research

There is a lot of ongoing research in the field of LED manufacturing as well as basic material science that underlies it. In the case of manufacturing, work is focused on creating LEDs that are smaller so that they can be used in higher resolution displays. Patents such as this one for micro-reflectors on a substrate for high-density LED array are being filed every day. With wearables becoming more popular, a recent patent on flexible LED substrate devices is proof that we are on the path to flexible electronics.

There is also scope for higher efficiency LED designs as well as LED with better thermal management. UV LED design is still evolving and there is room to improve. published results suggest UV LED of up to 75 Watts are on the horizon.

The future is really bright and hopefully a lot more efficient.