Right now, we’re running the greatest hardware competition on the planet. The Hackaday Prize is the Academy Awards of Open Hardware, and we’re opening the gates to thousands of hardware hackers, makers, and artist to create the next big thing.

Last week, we wrapped up the second challenge in The Hackaday Prize, the Robotics Module challenge. Now we’re happy to announce twenty of those projects have been selected to move onto the final round and have been awarded a $1000 cash prize. Congratulations to the winners of the Robotics Module Challenge portion of the Hackaday Prize. Here are the winners, in no particular order:

These are the best projects the Robotics Module Challenge in this year’s Hackaday Prize has to offer. These projects are simply fantastic. You answered the call with more than 200 entries for this challenge, and have created the best projects that can be turned into smarter, better robots. Need some proof? Just take a look at some of these projects.

For his winning entry to the Robotics Module Challenge, Josh Starnes is solving the problem of indoor robotic navigation. His project, IR QR Code Navigation, solves this problem with QR codes. Instead of unsightly blocks of pixels mounted to the wall, Josh is doing something different. He’s capitalizing on a property all digital cameras have. If you take the IR blocking filter off a digital camera, it can see in infrared. With the clever application of IR sensitive paint that is invisible to the human eye, these QR codes can be illuminated and detected with robotic vision, all while being completely invisible to you or I. It simultaneously solves the problem of not wanting ugly QR codes cluttering the wall and making computer vision easier. It’s brilliant, and we’re amazed by this spectacular project that made it to the finals in The Hackaday Prize.

So far, Josh has a prototype mounted to a Roomba — a handy platform for experimenting in robotics — and the results are encouraging. There’s a bank of IR LEDs, a camera, and Josh is pulling frames and detecting QR codes. Is this the future of personal robotics? We don’t know, but we do know one thing: this is something we’ve never seen before. No pun intended, ha ha ha.

Computer vision not doing it for you? How about something that moves? The key challenge of the Robotics Module Challenge in this year’s Hackaday Prize is to build parts that come together into an amazing robot, be it a quadcopter or an awesome Voltron. One of the biggest challenges in making robots move is linear actuation — things that move back and forth instead of merely rotating like a wheel. Sometimes, a hobby servo doesn’t cut it — maybe they’re too big, or they just don’t have the right amount of throw — and you need a linear actuator.

Giovanni and Jonathan developed a 3D Printed Mini Linear Actuator that is the solution to these problems. It’s a tiny, tiny device that turns rotary motion into linear motion. It does this by adding a motor to a screw, and using a potentiometer connected to a rack gear to provide position feedback. Effectively, it’s a simple, dirt-cheap hobby servo that moves in and out instead of side to side. It’s simple to build, cheap to make, and it works great. Using an Arduino to control the whole thing, the team managed to make a piston move up and down, all with 3D printed parts. It’s amazing, and the form factor is terrific.

Right now, they’re demoing this tiny little linear actuator in a bionic finger, but there are literally hundreds of applications for this little machine. That’s what the Robotics Module Challenge is all about: building the parts that will go into the next great robotics thing. That’s what makes this project so great, and it’s awesome to see this project make it into the final round of The Hackaday Prize.

Power Harvesting is Your New Challenge 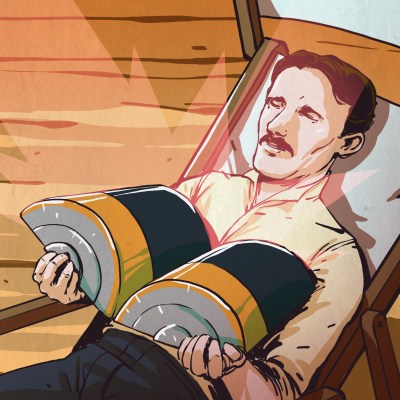 These twenty entries in the Robotics Module Challenge have already won $1000, and they’re on the way to the final round of The Hackaday Prize where they’ll be in the running for the Grand Prize of $50,000.

The Hackaday Prize isn’t over, though. The Power Harvesting Challenge has just begun. It’s our competition to show the world how ambient power can be harvested and turned into something useful. Think sources like solar, thermal, wind, ambient light, inductive coupling with power lines, etc. We’re really looking forward to the results of this competition, it’s sure to be amazing. Twenty entries from this challenge will each win $1,000 and a shot at the grand prize. There’s still time to win your place among the hardware greats, so start your Hackaday Prize entry now.