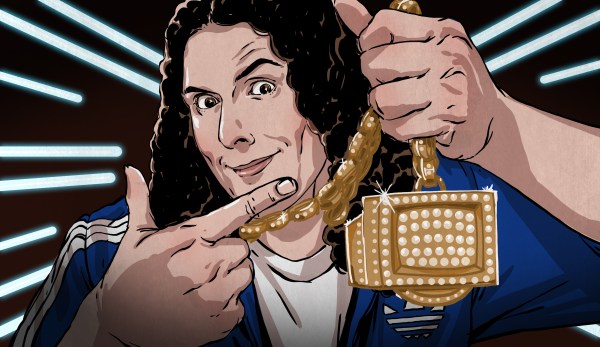 Wanna be hackers? Code crackers? Slackers. If the vintage computing community ever chooses an official anthem, count my vote for It’s All About The Pentiums by “Weird Al” Yankovic. More than twenty years after its release, this track and its music video (with Drew Carey!) are still just as enjoyable as they ever were, with the track’s stinging barbs and computing references somehow only improving over time.

In the track, Weird Al takes on the role of ‘king of the nerds’ with his rock star-esque portrayal of a nameless personal computing legend, someone who de-fragments their hard drive “for thrills” and upgrades their system “at least twice a day”. The lyrics are a real goldmine for anyone that is a fan of 1990s computing, but what stands out to me is the absurd hardware that Weird Al’s character claims to own.

Absurd by 1990s standards, maybe. Not so much anymore. Even with the ongoing chip shortage and other logistic shortfalls, everyone now has the opportunity to start cruising cyberspace like Weird Al and truly become the “king of the spreadsheets”. However, would it have even been possible to reach these lofty computing goals at the time of the parody’s release? Let’s check out both of these threads.