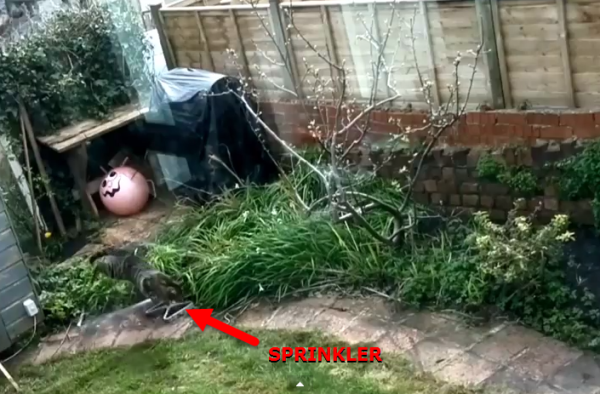 [Joshua] has a problem with cats. They like pooping in his garden. He decided to take action with this awesome automated and humane cat trap.

Now just to clarify, he did attempt a few other alternatives before going all out in cat defense – the easiest solution would be to get a cat of his own, but alas, he’s not a cat person.

The system uses a Raspberry Pi in a waterproofed housing with a PiCam. He’s written some rudimentary code to make use of the PiCam Python Library which also allows him to record pre-cat-trapping footage, much for our enjoyment. When motion is sensed, the Pi trips a 24VAC solenoid water valve, which turns on the sprinkler and quickly soaks the intruder.

Stick around after the break for quite a few videos catching the furry little buggers in the act!