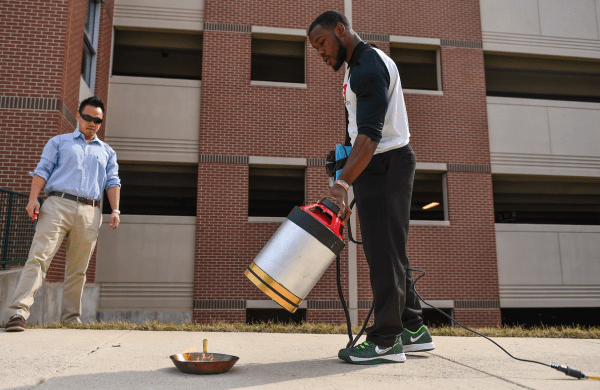 Similar in concept to a giant smoke-ring canon, the device uses a subwoofer with a tube that has a smaller aperture opening at the end. When the bass drops (literally), this causes an intense wave of sound (well, air), to be expelled from the device. And as you can see in the video below, it’s quite effective at putting out small fires.

They use a small frequency generator and amplifier to power the system, and throughout extensive testing found 30-60Hz to work best. It’s not actually one big blast of air, but a pressure wave that goes back and forth — agitating the air, and separating it from the fire. There is a catch though.

One of the problems with sound waves is that they do not cool the fuel,” Isman said. “So even if you get the fire out, it will rekindle if you don’t either take away the fuel or cool it.