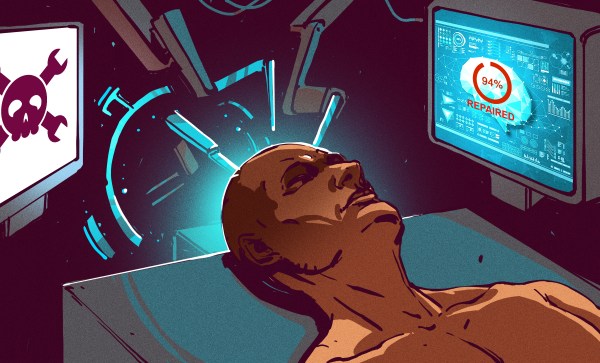 When we think of brain-computer interfaces (BCIs) that use electrodes, we usually think of Utah arrays that are placed directly on the brain during open brain surgery, or with thin electrodes spliced into the exposed brain as postulated by Neuralink. While Utah arrays and kin as a practical concept date back to the 1980s, a more recent concept called Stentrodes – for stent-electrode array – seeks to do away with the need for invasive brain surgery.

As the name suggests, this approach uses stents that are inserted via the blood vessels, where they are expanded and thus firmly placed inside a blood vessel inside the brain. Since each of these stents also features an electrode array, these can be used to record neural activity in nearby neural clusters, as well as induce activity through electrical stimulation.

Due to the fact that stents are already commonly used by themselves in the brain’s blood vessels, and the relatively benign nature of these electrode arrays, human trials have already been approved in 2018 by an ethics committee in Australia. Despite lingering concerns about the achievable resolution and performance of this approach, it may offer hope to millions of people suffering from paralysis and other conditions.