This is what our user and project growth looked like:

Over the course of the last 365 days, Hackaday.io has grown from zero (well, technically a handful of testers/developer accounts) to a total of 51,838 registered users. More importantly, it has grown from zero projects (we didn’t believe in pre-seeding it with content) to 4,365 strong, all created by our amazing community members.

The part that’s the most impressive here is that it did not happen as a result of a blip but rather a sustained growth over time. Although the THP 2014 deadline did cause some acceleration in project submissions, most of the growth has been happening completely organically. While this is to be expected with “social networks” that rely on pulling in all of your friends onboard as soon as you sign up (think Facebook, G+, Linkedin…) in our case is nothing short of a miracle. After all, how many people have you invited to sign up for Hackaday.io? And we still managed to grow to 50k, one user at the time.

Now the number of users and “vanity” metrics are great, but what we’re really all about here is building things. And it’s the vast space of 4K+ created projects that makes us all incredibly excited. On the development team, we have gone from knowing every project on the website by heart, to using it as a source of inspiration and always getting surprised by new projects we discover every day. To show just how mind-bogglingly huge this is, let’s look at the distribution of the number of projects across top categories: 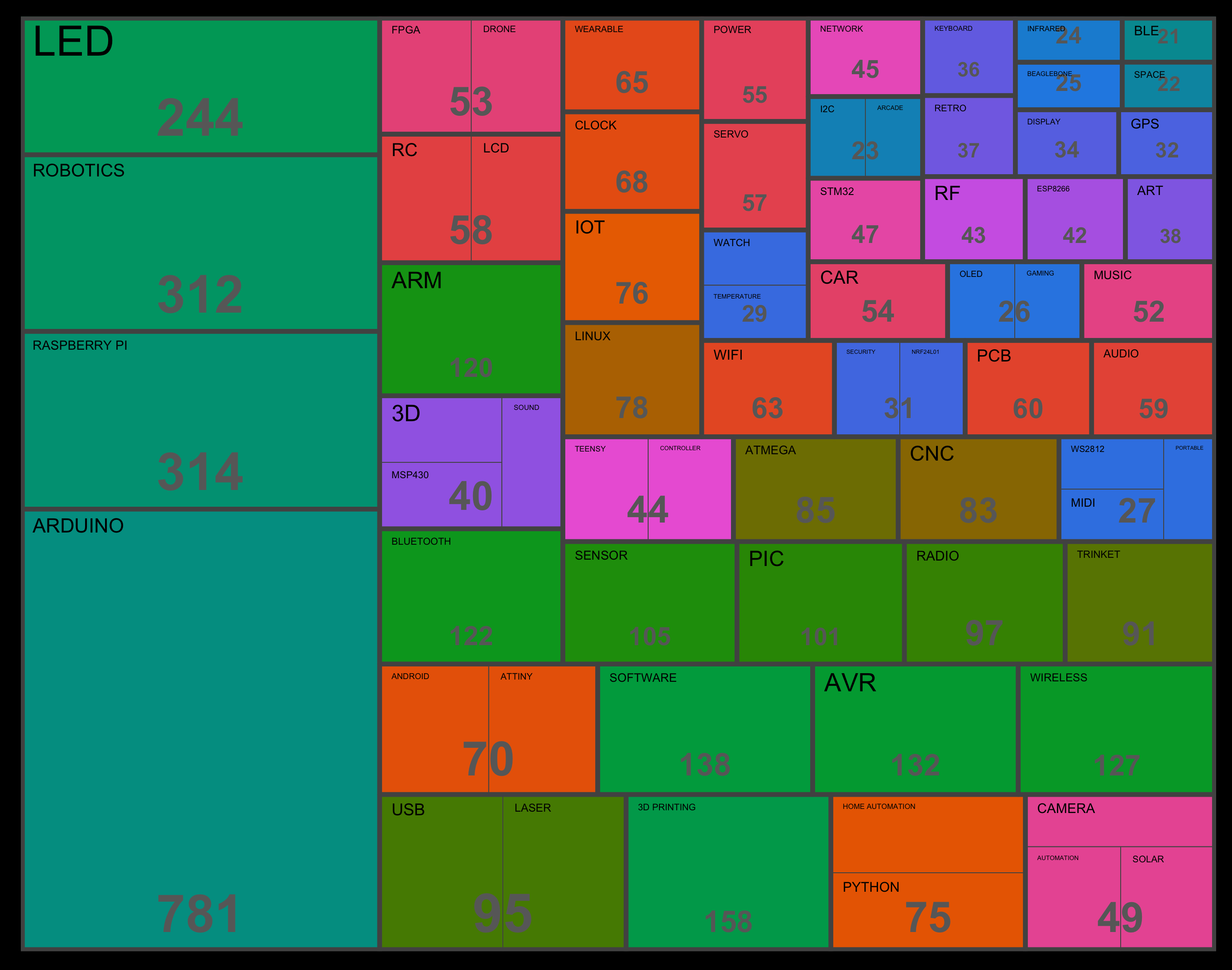 There are 70 different categories with more than 20 projects each. That’s a lot to explore! No matter how specific your interests are, it’s very likely you’ll find something worth checking out.

The project side of things was the main focus of the website from the day one, but we also knew we have to deliver on the whole mission of building a real “community”. Whether we liked it or not, the only way known to was to add some of these dreaded “social” features. So Project/User follows, Global/Personal feed, and most importantly, the infamous “Skull” found its way to the site. We honestly had no idea whether anyone would use these features at all. We tend not to be among the most “social” people on the block, so we were naturally skeptical.

We were so thrilled when we realized we had been proven wrong! At the moment, there are 88,703 user->user and 105,315 user->project follow relationships on the site. Clearly not as “social” as something like Facebook (nor is that the goal), but we can see the real project community taking shape.

In the interest of general geekery, we thought we should celebrate this with a little rendering of user-user graph using Gephi (restricted to top 5,000 users since large-scale graph layout is a nightmare): 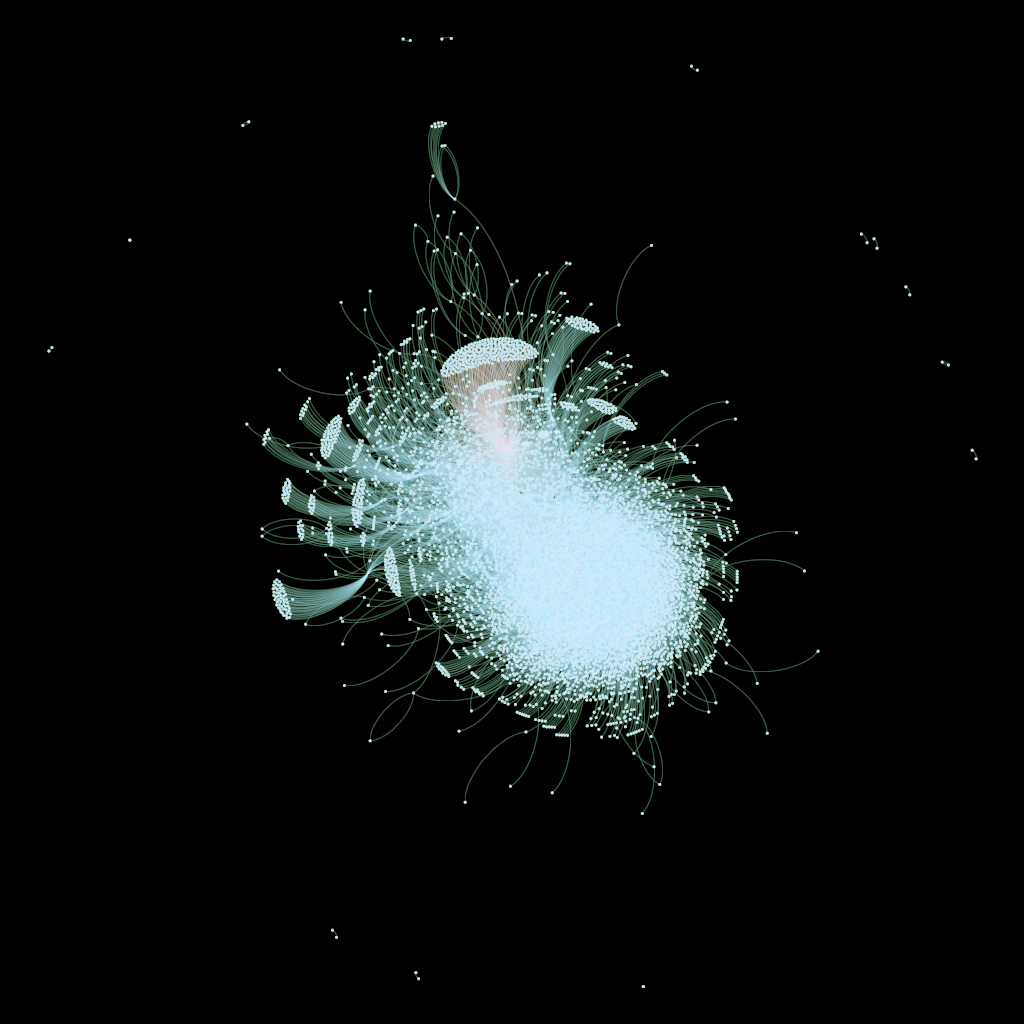 Now all of this is just the tip of the iceberg. All of the content on Hackaday.io is completely open, and most of the visitors don’t end up creating accounts at all. In the last 30 days alone, we had 246,270 unique visitors to the site, resulting in a total of 1,224,619 page views. That’s 1.2M impressions of someone’s work, collaboration, feedback and all other creative uses and abuses of our platform.

The natural question is – how is all this attention being distributed? Sure, popular projects are likely to get a lot of attention but what can I expect for my little toy project? Is it just going to sit there, dead markup on the page and never get any attention?

So we look into the distribution of page views and project follow/skulls across all 4,365 projects:

In a nutshell, what these are telling us (for those that don’t like the log scale, summary statistics are given as linear), is that:

So even if you’re just starting, don’t have a groundbreaking idea or amazing execution, your project is still very likely get you some love and start collecting feedback.

Another big question we wanted to look at is the long-term aspect of all this. Sure, we all know how great it feels when the project on our blog gets featured somewhere, and we get that magical spotlight for a day or two. But then it’s gone, and all forgotten. It’s just how the Web works.

In order to get a better sense of this dynamics on Hackaday.io, we analyzed top 400 projects and their evolution of the number of followers/skulls over time: 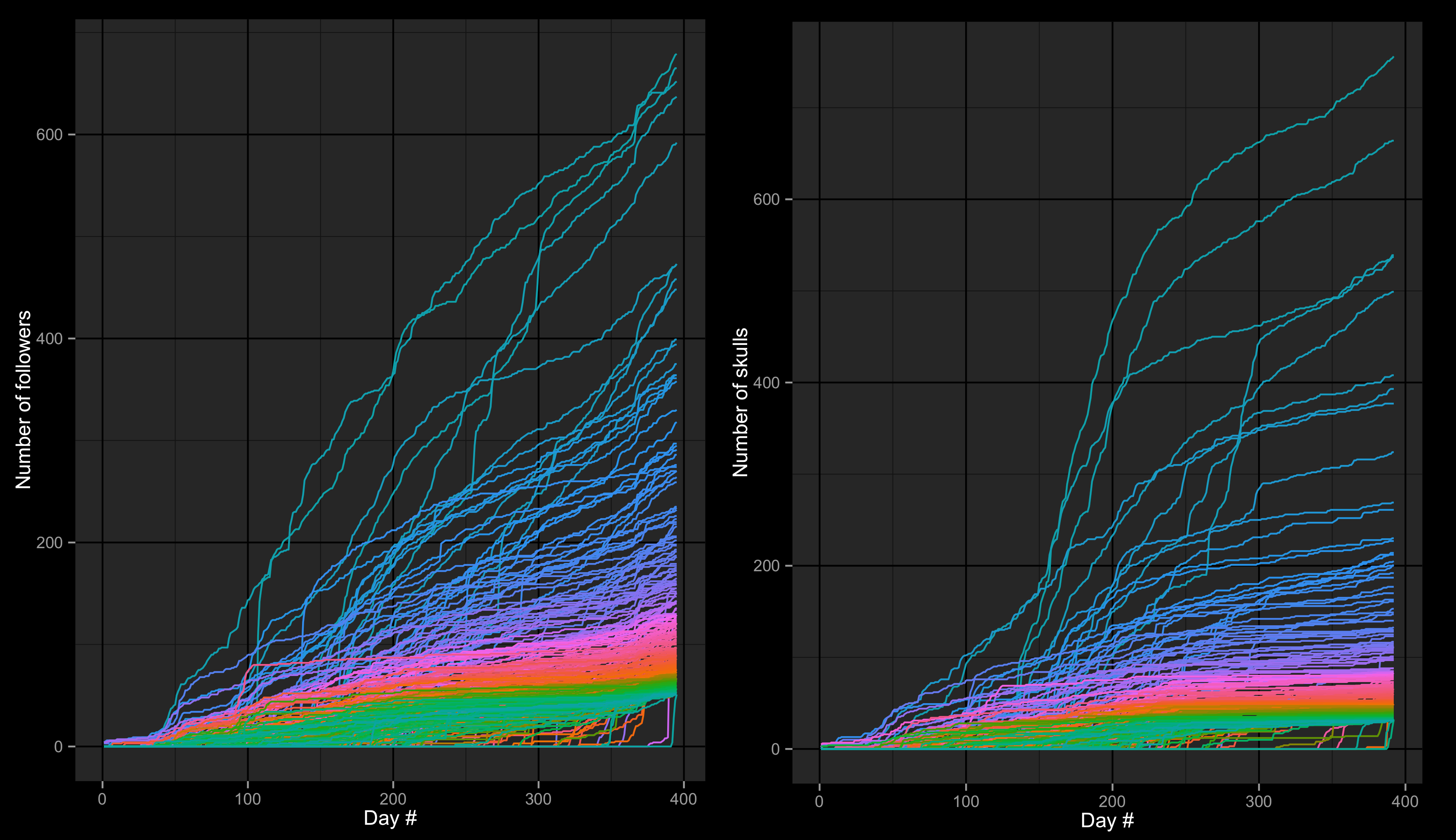 We were very excited to see this result! It shows that, though big events like getting featured somewhere will definitely result in the short-term boost of interest for the project, most of the projects continue to maintain interest over time and never really die out. Hopefully, this will result in extra motivation for project creators to keep improving their builds for a long time after that initial demo day.

Another interesting thing you might notice on careful examination of the graphs above is the lag between the growth of number of followers and number of skulls. It turns out that a lot of people might “follow” the project if they find it promising, but it will take a while for you to impress them enough to earn that precious skull. It’s a valuable commodity around these lands.

One last thing we wanted to look at was the Feed. Since the introduction of this feature (and especially after its redesign), it became a part of the daily routine for a lot of people who are now using it to enjoy the flood of daily activity on the site.

We thought It would be nice to quantify the level of this activity, so we have analyzed the frequency of Global Feed events (projects created, comments, profile updates etc.) for every hour over the course of last year. Here are the results: 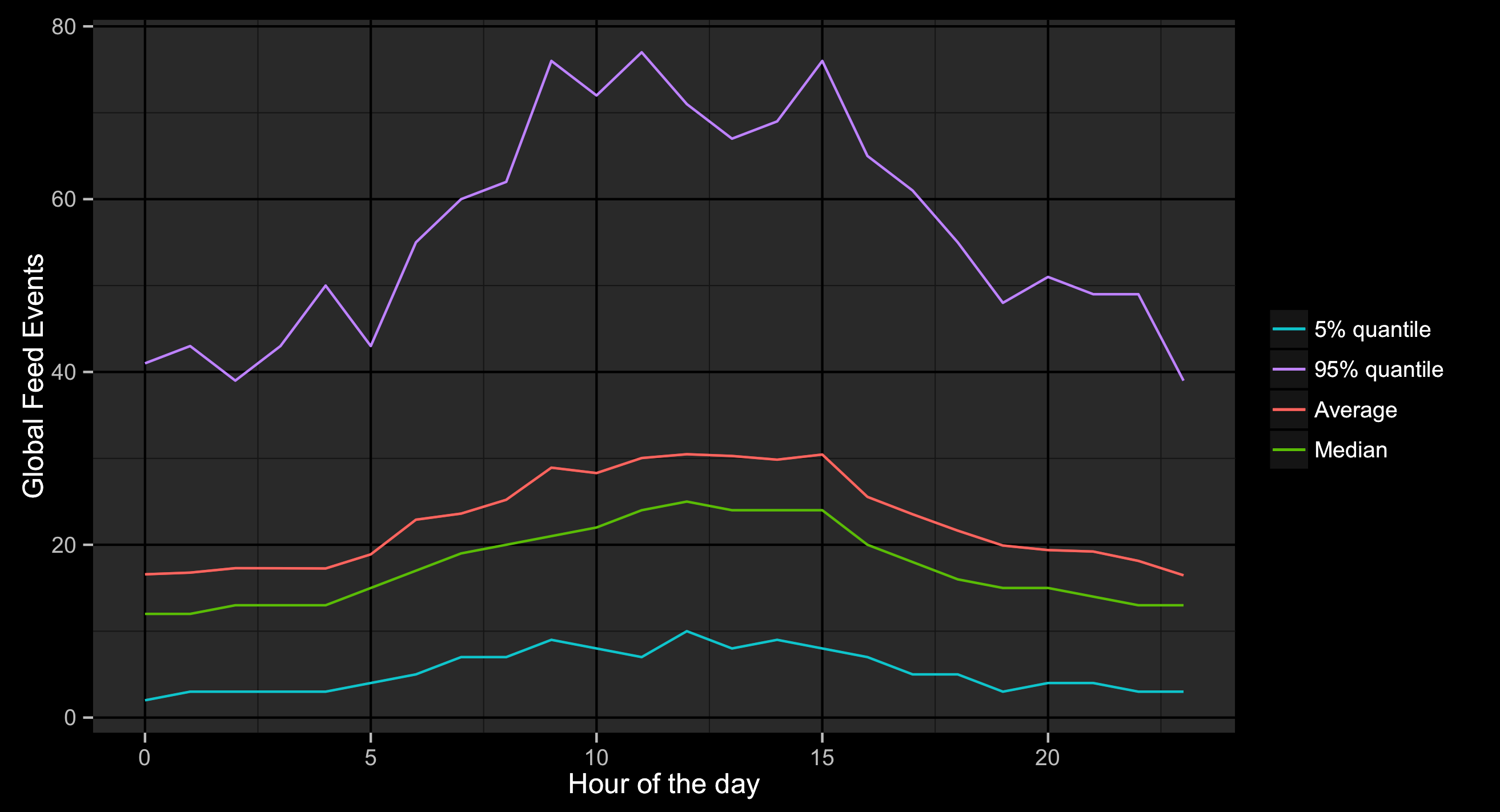 What this tells us is that, even in the darkest hours of the night, on the slowest day possible, there will still be something new popping in the Global Feed every 5-10 minutes. And on a busy day, during work hours, several new items will be streaming through the feed every single minute.

Not as fast as Twitter’s global feed, but still pretty damn cool.

Now that we have shared all of this data, it’s time to get back to work. As usual, most of the workload schedule will be reactive, based on user feedback or what feature we feel most passionate about at the time, but here is the rough list of priorities:

Once again, massive thanks to everyone that stayed with us over the course of last year and helped us grow Hackaday.io to where we are today.