Hackers need fuel to hack. In general that fuel comes in the form of food, water, and caffeine. Not necessarily in that order. While soda or energy drinks will do in a pinch, the best hackers know that the purest form of caffeine comes from coffee. This of course means that there have been decades of coffee hacks. The first Internet-connected coffee pot dates all way back to 1991, before the web even had pictures. We’ve come a long way since then. This week on the Hacklet we’re checking out some of the best coffee hacks on Hackaday.io! 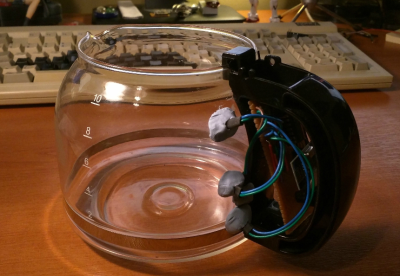 We start with [opeRaptor] and CoffeeOfThings. [OpeRaptor] has created a wireless, internet connected coffee carafe. The carafe has three CdS cells which enable it to detect how much black gold is left in the pot. A TMP36 sensor reports the current coffee temperature. Data is sent out via a NRF24l01 radio. The brains of the coffee pot is an MSP430 microcontroller. All this runs from a simple CR2032 coin cell. A base station receives the coffee data, displays it on a very nice Vacuum fluorescent Display (VFD). An ESP8266 then passes the data on to the internet. 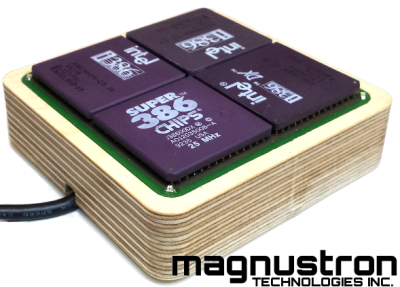 Next up is [magnustron] with quad-386 coffee heater. No one likes a cold cup of coffee. Everyone loves old CPUs. [Magnustron] turned these two shower thoughts into a the world’s first USB powered quad CPU coffee warmer with data logging capabilities. A simple ATtiny461 micro runs the show. PC connectivity is via USB using the V-USB library. [Magnustron] has gotten the CPUs to warm up, but is having some issues with switching. them on. Turning all four heaters on too quickly causes the rail to droop, leading to dropped USB connections. Those power-hungry 386 chips may be a bit too much for a single USB connection. It might be time to add an external power supply. 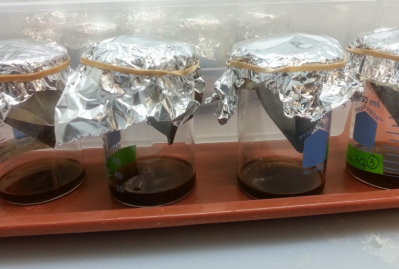 Next is [kesh1030] with Using Waste Coffee As A Biodiesel Source. Coffee isn’t just liquid energy. There’s oil in them there grounds. Millions of pounds of used coffee grounds produced every year can be converted to biodiesel fuel. [Kesh1030] experimented with different coffee grounds, and different ways to prepare them. The oil was extracted from the coffee using hexane, which is a bit of a nasty solvent. [Kesh1030] used a fume hood to stay safe. He found that homogenized coffee grounds had an 11.87% oil yield. Used homogenized coffee grounds weren’t far behind, with 9.82% yield of oil. Nearly 10% per weight yield isn’t too shabby, considering this is all going into the trash. 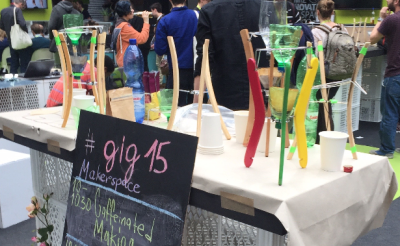 Finally, we have [saadcaffeine] with Caffeinator: gravity powered geek fuel dripper. This is a project of few words, but the images tell much of the story. [Saadcaffeine] created his own cold drip iced coffee maker using upcycled and found components. Three clothes hangers form an ingenious tripod. The tripod holds two soda bottles – the water reservoir and the brew pot. Water is restricted by small holes in the soda bottle caps. This allows it to drop slowly though the machine, giving it time to soak up all the caffeinated goodness. The result is a fresh cup of cold drip. Just add ice and enjoy a quick power up!

If you want to see more coffee hacks, check out our new coffee projects list. See a project I might have missed? Don’t be shy, just drop me a message on Hackaday.io. That’s it for this week’s Hacklet, As always, see you next week. Same hack time, same hack channel, bringing you the best of Hackaday.io!