There are so many reasons — people don’t buy flagship wheelchairs like they do phones, and the money used to purchase them isn’t disposable income but money locked up in the healthcare-industrial-complex. This is a can of worms. For instance, that analogy breaks down when you consider that it’s okay for people to have crappy cellphones but not okay for them to have crappy wheelchairs. To traverse this particular detail let’s just say that once a piece of medical technology has been approved by mega-healthcare-entities there becomes a disincentive for manufacturers to go through R&D and start the whole approval process again.

So it seems to me that we can make a huge impact on a lot of lives by doing a lot of widespread research into electric wheelchairs. And not just there, but across all assistive technologies. In fact, that’s why we chose Assistive Technology as the current challenge of the Hackaday Prize. 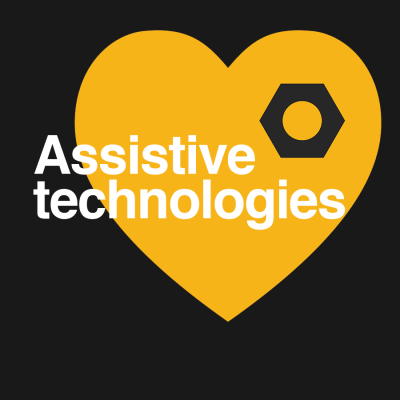 I think one of the major problems we have as hackers, designers, and engineers is harboring a narrow scope of what we should call success. Is it getting a product to market, getting 1M hits on your demo video, or winning the Hackaday Prize? Sure. But small success matters. Really, the best things in life are very hard to measure — I want to leave you with an altruistic view.

Maybe we don’t have twelve different companies hitting the market with new and innovative robotic wheelchairs, (each with a different take), because we didn’t see enough of it ten years ago. Ten years ago there was a hacker, a junior in high school, learning about mechanical and electrical engineering and preparing to go on to college. Now that person has been out of school and on the job for four years. With a little experience under their belt (or perhaps a Masters of Engineering in their back pocket) they are looking for a good idea to start a company.

Maybe we missed the boat with that person. If we had really impressed them with an interesting idea, they may have carried it though, chipping away at the problem with student projects, and would now be ready to burst onto the scene with a really great idea. So we need more ideas. We need more proofs-of-concept, and more failed prototypes (and successful ones too). We need many iterations on the same problems. We need to show our work and thereby inspire others.

Sure, you can win the $150,000 Grand Prize for your assistive technology design. We saw an eye-controlled wheelchair win more than that last year when they were awarded the Hackaday Prize. But what has more potential to change the world is the inspiration, the kernel of an idea, and the example that people build amazing things in their spare time. It leads to more young adults like Kate Reed and Nathaniel Tong who know they can change the world and are going for it.

So there it is. Join in something that will be bigger than one person or project. Make lives better by entering your assistive technology and let’s see where it takes us all.