Join us on Wednesday, May 12 at noon Pacific for the Embedded Rust Hack Chat with James Munns!

Programming languages, like fashion, are very much a matter of personal taste. Professional developers often don’t have much say in which language they’ll use for a given project, either for legacy or team reasons, but if they did have a choice, they’d probably choose the language that works best with the way they think. Some languages just “fit” different brains better than others, and when everything is in sync between language and developer, code just seems to flow effortlessly through the keyboard and onto the screen.

One language that consistently scores at the top of developers’ “most loved” lists is Rust. For a language that started as a personal project and has only existed for a little more than a decade, that’s really saying something. The emphasis Rust puts on safety and performance probably has a lot to do with that. And thanks to its safe concurrency, its memory safety, and its interoperability with C and other languages, Rust has made considerable in-roads with the embedded development community.

To learn more about Rust in embedded systems, James Munns will stop by the Hack Chat. James is an embedded systems engineer, with a history of working on software for a wide range of systems, including safety-critical avionics, and rapidly prototyped IoT systems. He’s a founding member of the Rust Embedded Working Group, as well as a founder of Ferrous Systems, a consultancy focused on systems development in Rust, with a specialty in embedded systems development. James also used to write for Hackaday, so he must be a pretty cool guy. So swing by the Hack Chat and find out where Rust might be able to help you out with your next embedded project.

Our Hack Chats are live community events in the Hackaday.io Hack Chat group messaging. This week we’ll be sitting down on Wednesday, May 12 at 12:00 PM Pacific time. If time zones have you tied up, we have a handy time zone converter. 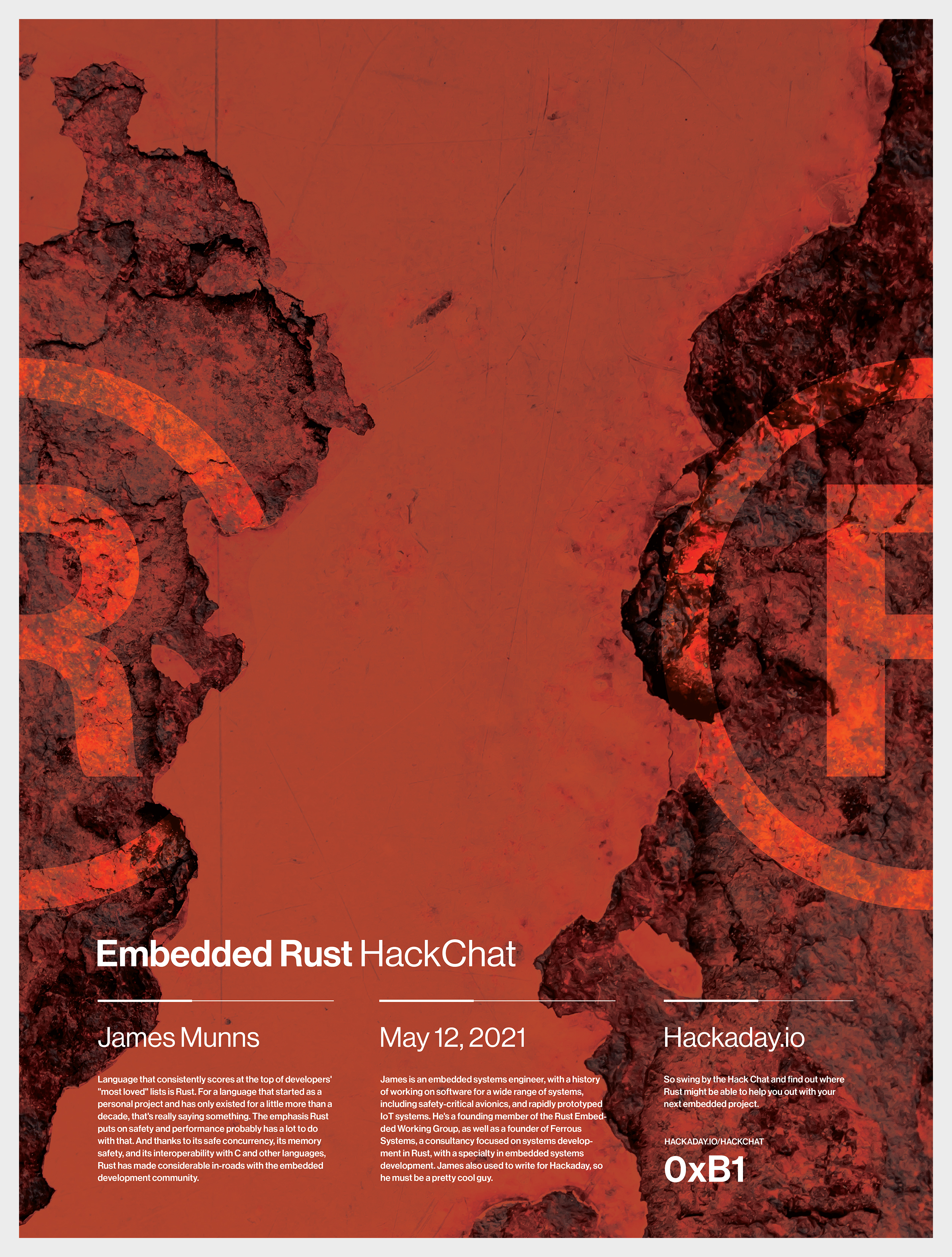