Compared to most small LCDs sold to makers, smartphone screens boast excellent color, brightness, and insanely high resolution. Unfortunately, driving them is rarely straightforward. In an attempt to make it easier, [peng-zhihui] set about developing tools to allow such screens to be driven from a simple HDMI feed. For those whose Chinese is a little rusty, the Google Translate link might prove useful.

The first attempt was using Toshiba’s TC358870XBG ASIC, capable of driving screens over MIPI DSI 1.1 from an HDMI input. [peng-zhihui] designed a simple test module for the chip based on the company’s evaluation board design, with [ylj2000] providing software to help get that solution off the ground. 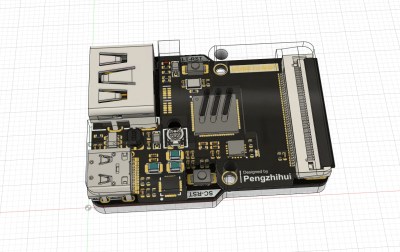 However, for now that solution is imperfect, so [peng-zhihui] also experimented with the Longxun LT6911 HDMI to MIPI driver. While cheap, information on the part is scarce, and the company’s own source code for using the hardware is only accessible by signing an NDA. However, [peng-zhihui] made pre-compiled firmware available for those that wish to work with the hardware.

[peng-zhihui] has put these learnings to good use, building a power bank with a MIPI screen using what appears to be the Longxun chip. The device can supply power over USB and also act as an HDMI display.

While it’s early days yet, and driving these screens remain difficult, it’s great to see hackers getting out there and finding a way to make new parts work for them. We’ve seen similar work before, using an FPGA rather than an off-the-shelf ASIC. If you’ve found your own way to get these high-end displays working, be sure to drop us a line!

[Thanks to peterburk for the tip!]

20 thoughts on “How To Drive Smartphone Screens Over HDMI”