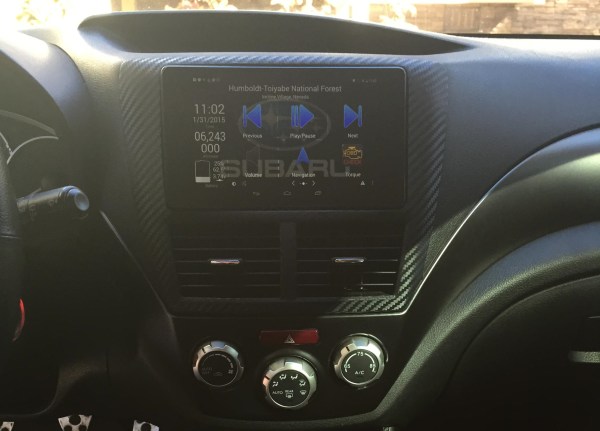 Nexus 7 tablets, being cheap and really quite decent for the price, have long since been used in the dashboards of people’s cars. Sometimes they’re mounted quite good — sometimes not so good — but every once in a while, someone gets it right.

Usually the reason mods like this don’t work out so well is because people are worried about damaging their car’s interior. But [tsubie320] had a better idea — buy a radio bezel off eBay to mess around with — that way he can always revert to stock when he sells the vehicle.

With a crisp-new-freshly-injection-molded-bezel in hand, he got to work. Funny enough, Nexus 7’s tend to be almost the exact size of double DIN stereo slots — hence their appeal. He wrapped the tablet in blue painter’s tape and positioned it in the bezel. Using fiberglass, he created a new shell for the tablet to sit inside of the bezel. Lots of sandpaper later and a whole bunch of bondo, he was done. END_OF_DOCUMENT_TOKEN_TO_BE_REPLACED