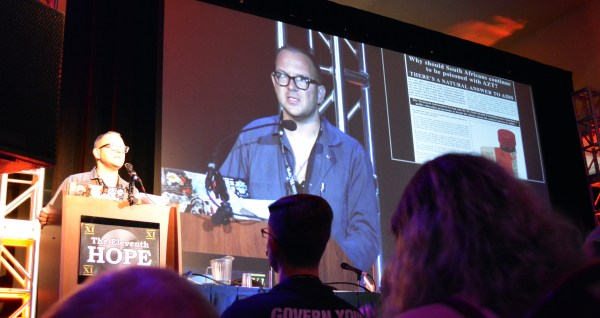 END_OF_DOCUMENT_TOKEN_TO_BE_REPLACED

This morning Bunnie Huang wrote about his reasons for suing the US Government over Section 1201 of the Digital Millennium Copyright Act (DMCA).

The DMCA was enacted in 1996 and put in place far-reaching protections for copyright owners. Many, myself included, think these protections became far-overreaching. The DMCA, specifically section 1201 of the act which is known as the anti-circumvention provision, prohibits any action that goes around mechanisms designed to protect copyrighted material. So much has changed since ’96 — software is now in every device and that means section 1201 extends to almost all electronics sold today.

So protecting copyright is good, right? If that were the only way section 1201 was enforced that might be true. But common sense seems to have gone out the window on this one.

If you legally purchase media which is protected with DRM it is illegal for you to change the format of that media. Ripping your DVD to a digital file to view on your phone while on the plane (something usually seen as fair use) is a violation. Want to build an add-on for you home automation system but need to reverse engineer the communications protocol first? That’s a violation. Perhaps the most alarming violation: if you discover a security vulnerability in an existing system and report it, you can be sued under DMCA 1201 for doing so.

Cory Doctorow gave a great talk at DEF CON last year about the Electronic Frontier Foundation’s renewed push against DMCA 1201. The EFF is backing Bunnie on this lawsuit. Their tack argues both that section 1201 is stiffling innovation and discouraging meaningful security research.

If it’s illegal to write about, talk about, or even privately explore how electronics are built (and the ecosystem that lets them function) it’s hard to really master creating new technology. A successful lawsuit must show harm. Bunnie’s company, Alphamax LLC, is developing hardware that can add an overlay to an HDMI signal (which sounds like the continuation of the hack we saw from him a few years ago). But HDCP would prevent this.

Innovation aside, the security research angle is a huge reason for this law (or the enforcement of it) to change. The other plaintiff named in the suit, Matthew Green, had to seek an exemption from the DMCA in order to conduct his research without fear of prosecution. Currently there is a huge disincentive to report or even look for security vulnerabilities, and that is a disservice to all. Beneficial security research and responsible disclosure need to be the top priority in our society which is now totally dependent on an electronically augmented lifestyle.

If you weren’t at [Cory Doctorow’s] DEF CON talk on Friday you missed out. Fighting Back in the War on General Purpose Computing was inspiring, informed, and incomparable. At the very lowest level his point was that it isn’t the devices gathering data about us that is the big problem, it’s the legislation that makes it illegal for us to make them secure. The good news is that all of the DEF CON talks are recorded and published freely. While you wait for that to happen, read on for a recap and to learn how you can help the EFF fix this mess.