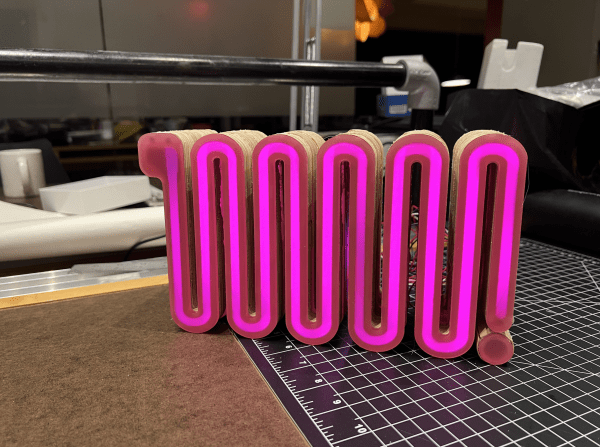 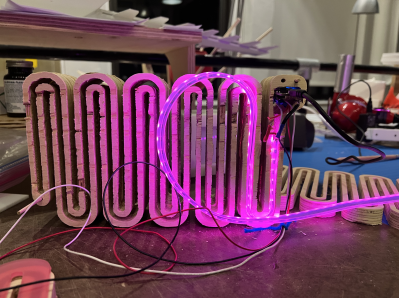 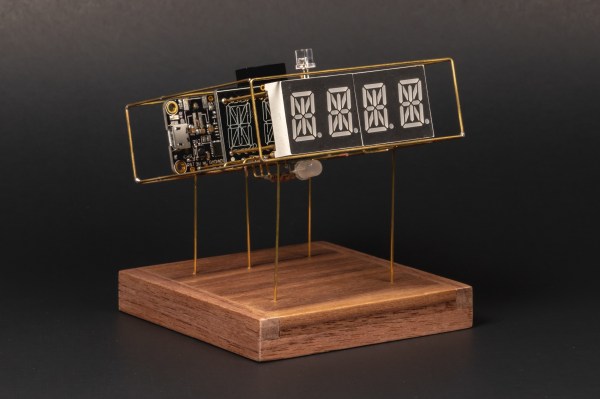 Circuit sculpture is a great way to elevate your soldering and electronics skills to the realm of three-dimensional art. In this case, art can be practical, too. Take [romaindurocher]’s interactive WiFi clock for example. Left alone, the clock cycles through showing the time, temperature, and if applicable, the precipitation forecast.

But [romain] doesn’t have to watch and wait for the info they want. Thanks to an IR proximity sensor, [romain] can interrupt the cycle and get the date, time, temperature, or even a smiley animation depending on the number of hand passes over the sensor. The clock itself is based on an Adafruit Feather HUZZAH ESP8266 and a Featherwing display. It uses the OpenWeather API to retrieve all the information.

We really like the way this looks, and the angle reminds us of oscilloscopes and other lab equipment. If you want to make your own version, this project is wide open, though the hardest part would be making it look as clean as [romain] did. Take a second and check out the brief demo after the break. It’s a wonderful entry in our Circuit Sculpture Challenge which is accepting entries for ten more days.

Not so much into straight lines and utility? Circuit sculpture takes many forms, some of them human.