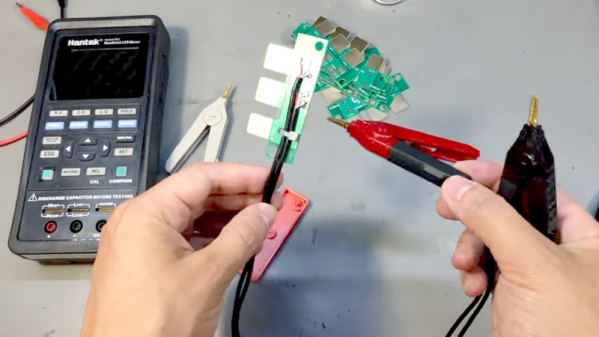 [VoltLog] has a cheap Hantek LCR meter, but it only has two probes. The best resistance and impedance measurements, though, use four wires to improve accuracy. The first order of business was a custom PCB to fit into the connector of the meter, along with a 3D-printed case.

Using a four-wire scheme requires unusual alligator clips that don’t electrical short the jaws together. The clips were hard to solder and even harder to strain relief. but [VoltLog] seemed to handle it with little problem.

END_OF_DOCUMENT_TOKEN_TO_BE_REPLACED 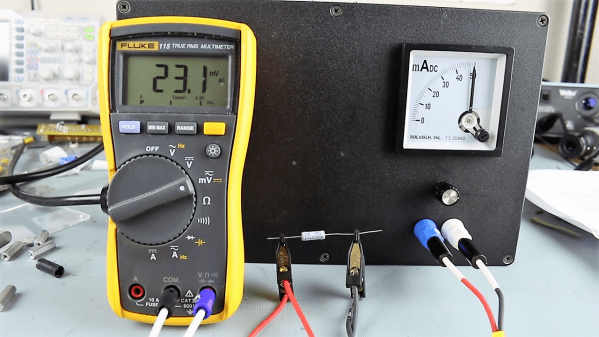