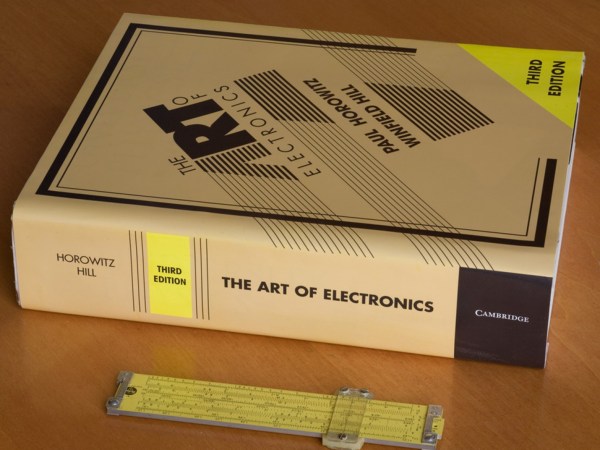 For any technical domain, there is usually one book held up above all others as the definitive guide. For anyone learning compilers, it’s the dragon book. For general computer science, it’s the first half of [Knuth]’s The Art of Computer Programming. For anyone beginning their studies of electrons and silicon, it’s [Horowitz & Hill]’s The Art of Electronics. This heady tome has graced workbenches and labs the world over and is the definitive resource for anything electronica. The first edition was published in 1980, and the second edition was published in 1989. Now, finally, the third edition is on its way.

The new edition will be released on April 30, 2015 through Cambridge University Press, Amazon, and Adafruit. In fact, [PT] over at Adafruit first announced the new edition on last night’s Ask An Engineer show. [Ladyada] was actually asked to provide a quote for the cover of the new edition, an incredible honor that she is far too humble about.

The latest edition is about 300 pages longer than the second edition. It is thoroughly revised and updated, but still retains the casual charm of the original. Real copies do not exist yet, and the only critical review we have so far is from [Ladyada]. There will be few surprises or disappointments.