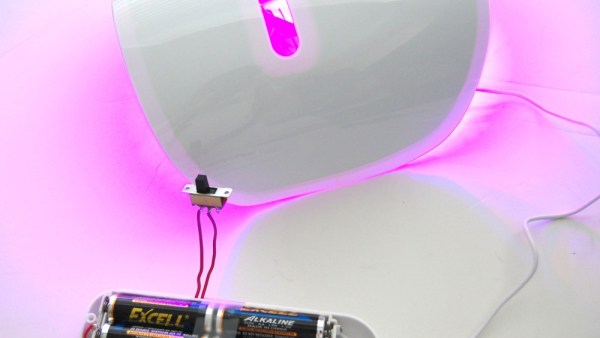 It’s becoming more common to see DRM cropping up in an increasing number of hardware products nowadays. Quite often, its used to prevent the use of unauthorized consumables and some may argue that it helps prevent counterfeiting and help shore up revenues. But it’s a totally different matter when DRM is used to severely limit the operational life of a product. When [travis] wrote in about the run time limitation on an “Illumimask” light therapy device, we first had to look up what that device was. Apparently, these are anti-acne or anti-aging light therapy masks that use red and blue LEDs to kill skin bacteria, stimulate skin cells and reduce blemishes. While these claims most likely may not hold water, the device itself is cheap enough not to hurt you at $30 a pop.

The trouble is, it is limited to 30 daily uses of 15 minutes each, totaling just 7 1/2 hours, effectively lasting you a month. At the end of which, you just discard the device and get a new one. That seems like a ridiculous waste of a perfectly fine, functional device whose LED’s can last at least 30,000 to 40,000 hours. [travis]’s wife [Bebefuzz] was obviously pissed at this situation. So she did a simple hack to bypass the microcontroller that imposed the goofy restrictions. In [travis]’s own words “Not a crazy-technical hack…. but a very functional one to bypass a manufacturer’s ‘WTF'”. It involved soldering a slide switch across the circuit terminals that the micro-controller uses to monitor the LED current (likely). Unfortunately, this also breaks the 15 minute timer measurement, so she now has to manually switch off the device at the end of the 15 minute therapy cycle.

To check out more DRM hacks, check out these we covered earlier, from Coffee Makers to 3D printer filaments to Cat Litter boxes and even furniture.