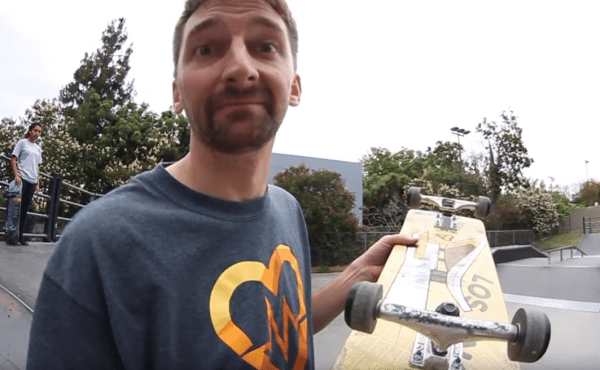 The team over at [Braille Skateboarding] is willing to ride just about anything. This week they’re testing out 3D printed skateboard wheels. We’re not just talking rolling around here, the [Braille] team takes their experiments out to the skate park and gives them to the locals to test out. Tail whips, jumps, ollies, and grinds were on the agenda. The skaters were a bit apprehensive, as this is the third time they’ve tested 3D printed wheels.

The first set shattered upon landing a jump. That set appears to have been made from PLA with about 10% infill. The second set were made from NinjaFlex, which had no shattering problems, but was so squishy that the wheels simply flattened under the weight of the riders. The third set, printed by [Nick Lindenmuth] work great. They have a bit of give, but don’t shatter. We’re guessing this set is either ABS or one of the more exotic filaments. It’s pretty amazing that 3D printers are capable of spitting out wheels that not only handle the load of rider, but the shock load of coming down from jumps and tricks.

Check out the video after the break. If you want to see more skateboard projects, check out this skateboarding themed Hacklet!