This last week was SEFF, a week of electric-powered remote-controlled aircraft above 1700 feet of Bermuda grass in the middle of Georgia. [Damon Atwood] has been bringing his 16-foot-wingspan Emmaselle to SEFF for a few years now, and this year we’re getting a great video of the flight. This is, or was at one time, the 3rd largest electric RC on the planet. It’s flying on 11S, and is absolutely beautiful in the air.

Speaking of electric RC meetups, Flite Fest West is going on right now. Flite Fest East will be July 13th through the 16th. Here’s the link to the relevant YouTube channel.

One of the very inexpensive 3D printers announced at CES by Monoprice is now on sale. It’s the improved $200 Cartesian, not the $150 delta. As I saw at CES last January, this is a slight improvement over the already fantastic V1 version of this printer. Improvements include an all metal hot end (an E3D clone) and working WiFi on the main board. Still waiting on the $150 delta printer? The only thing I can tell you is that it’s coming out soon.

StippleGen is an application from Evil Mad Scientists Labs to create stippled drawings. Stippling is dots, but not halftone. [HEXceramic] is using StippleGen to create laser cut molds for making ceramic tiles. The results look awesome, and I can’t wait to see one of these fired.

Hackaday has been voted, ‘The Hacker News of Hardware‘ by the Hacker News community. I would have included this in the links post last week, but feared that would be seen as manipulating the upvote system on Hacker News. This is great, but of course you already know Hackaday is seen as a reputable source of hardware and embedded news!

As a rule, Hackaday is nonpartisan and not political at all. In fact, two of my headlines have been shot down so far this year for using the word ‘trump’ as a verb. You’re welcome. This project is too cool, so we’re going to bend a few rules. This is a Trump gummi. It’s the rarest gummi of them all. It was carved by gummi artisans who work exclusively in the medium of gummi.

[Michael Welling] designed the PocketBone Mini in KiCad. It’s built around the Octavo Systems OSD3358, and is really, really tiny while designed to be as capable as a full size BeagleBone. He’s doing an interest check to gauge the community’s interest in this tiny, tiny single board computer. 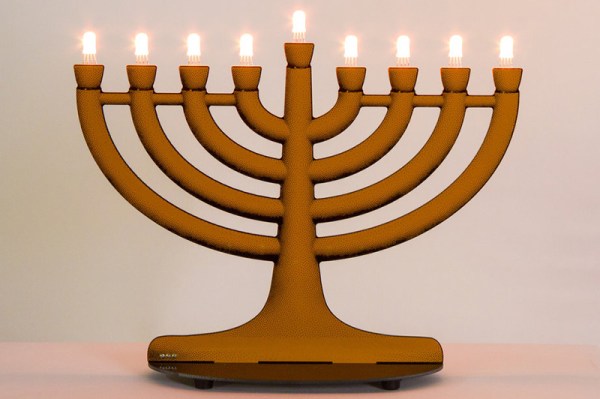