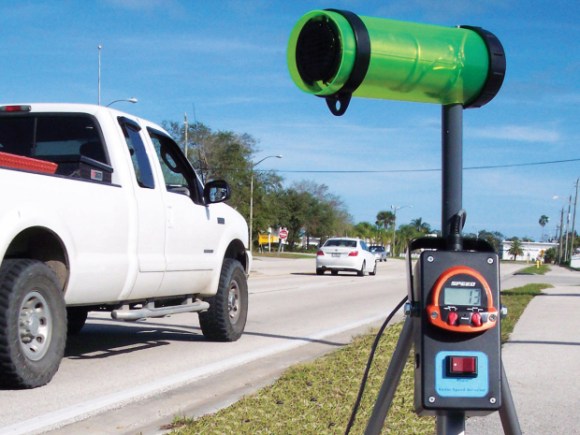 [Ken] was strolling through a department store one day looking for a gift for his daughter when he stumbled across a Mattel’s Hot Wheels Radar Gun for $30. He purchased it, took it home, and tested it out. Surprisingly, the device had the ability to not only scan toy cars, but also regular size vehicles, spinning bicycle wheels, and joggers as well. As his mind began to churn coming up with new ideas, he purchased another toy and repackaged it creating a more professional grade DIY radar speed detector.

The process was pretty simple. First, he disassembled the device getting to the Doppler radar system inside, which was similar to the professional radar guns that police officers used. This toy was able to transmit a continuous wave at 10.525GHz, measuring the returning frequency of returning waves that bounced off of moving objects. However, the detection range of this toy was severely limited. [Ken] then upgraded the antenna housing unit with a 3″ diameter acrylic document tube, making the quality look a lot better. After that, the system was attached to a tripod allowing for the device to be easily transported and setup near a busy traffic road, quietly watching the speed of cars driving by.

This custom toy radar gun hack is a useful tool that can be transitioned into other areas like baseball. The antenna might need to be upgraded for that use, but this project is a good starting point for creating a nice little radar gun that could be utilized elsewhere. 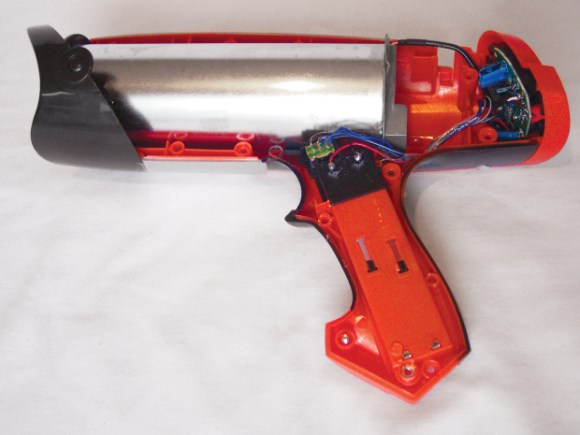