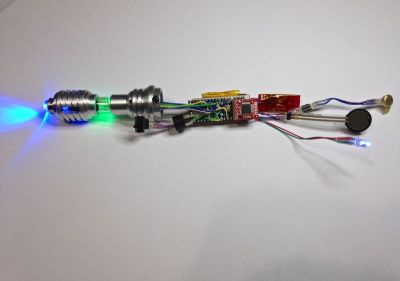 Cool project [Jerome], looks like [Sam] is well on his way to becoming a maker in your footsteps!

14 thoughts on “A Functional Sonic Screw Driver (Well, Kind Of)”