Somewhere between the HF projects many of us have worked on, and the visible light spectrum lies the UHF, EHF, SHF, and THF. That’s Ultra, Extremely, Super, and Tremendously High Frequency for those who aren’t in the know. All of them involve frequencies in the gigahertz and terahertz range. While modern computers have made gigahertz a household term, actually working with signals in the gigahertz frequency range is still a daunting prospect. There have always been an elite group of hackers, makers, and engineers who tinker with projects using GHz frequencies. This week’s Hacklet is about some of the best GHz projects on Hackaday.io! 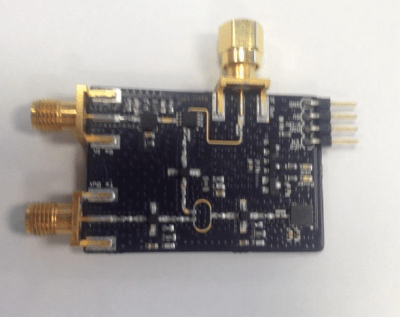 We start with [Luke Weston] and Simple, low-cost FMCW radar. For years people like Hackaday’s own [Gregory L. Charvat] have been building simplified radar systems and documenting them for the rest of us. [Luke’s] goal is to make radar systems like this even more accessible for the average hacker. He’s put all the specialized parts on one board. Rather than large Mini Circuits modules, [Luke] went with Hittite microwave parts in chip scale packages. Modulation comes from a Microchip MCP4921 mixed signal DAC. The system works, and has demonstrated transmission and reception 5 GHz to 6 GHz bands. [Luke] has even demonstrated detection of objects at close range using a scope. 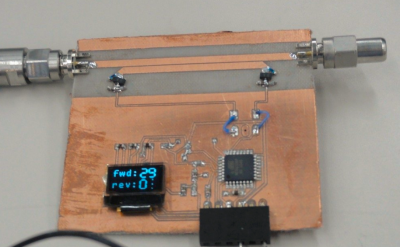 Next up is [kodera2t] with a brand new project, his Microwave impedance analyzer. We love the smell of freshly milled PCB in the morning. For the sake of [kodera2t’s] mill though, we’re hoping he peeled up most of the copper in his PCB. This board uses a pair of coupled traces to measure forward and reverse impedance on a microwave transmission line. [kodera2t] demonstrates it by sending a signal down the line while a 50 ohm terminator is attached. Only forward current is displayed. With the terminator removed though, the signal reflects back into the transmission line. Reverse current jumps up to match forward current. Tools like this are invaluable when working with RF gear – even low powered QRP transmitters. 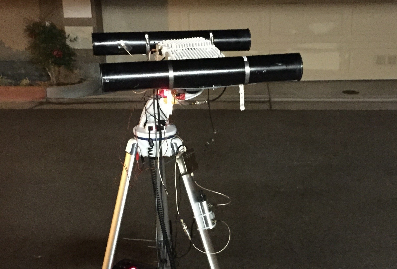 [Majolsurf] moved up into the GHz band with ISM S-Band LFMCW Radar Prototype. One of the first 200 projects on Hackaday.io, this radar is a long-term project for [majolsurf].  He has a dangerous intersection near his driveway. Cars speeding down the road make backing out a dangerous operation. Sticking to 2.4 GHz allows [Majolsurf] to use cheap off-the-shelf WiFi components. Over time though, he found that sometimes commercial parts don’t quite cut it. Yagi WiFi antennas were outperformed by homemade cantennas. A low-cost WiFi TX/RX power amp didn’t produce nearly as much power as it advertised on the TX side. The RX side actually attenuated the signal! Even with these setbacks, [majolsurf] has already captured Doppler shifts from cars in his neighborhood. The next step is to try longer range targets out in the field. 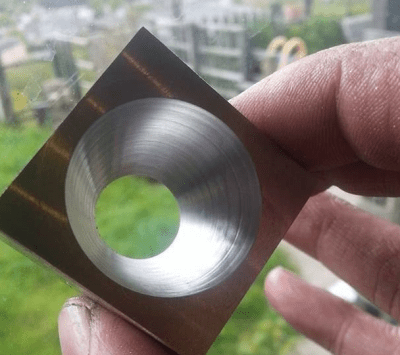 Finally we have [Paul Kocyla] who is working on the bleeding edge of science with EM-Drive, a 2015 Hackaday prize semifinalist. Electromagnetic or EM drives, sometimes called RF resonant cavity thrusters, are a new technology which is still being studied. Pumping RF energy into a resonant chamber seems to result in a tiny but measurable net thrust. [Paul] is replicating this at home, but not in the 2.4 GHz ISM band. He’s bumping things up to 24 GHz. The higher frequency results in a shorter wavelength, and a smaller, more manageable experiment. So far the tests have been promising. [Paul] is measuring movement using an interferometer, and he is seeing changes. We first covered this project back in August, and we’re eagerly watching the updates.

If you want to see more ludicrously high frequency experiments, check out our new gigahertz projects list. Did I miss your project? Don’t be shy, just drop me a message on Hackaday.io. That’s it for this week’s Hacklet, As always, see you next week. Same hack time, same hack channel, bringing you the best of Hackaday.io!