There’s a small subset of hackers out there concerned with the end of the world. What if our entire existence vanished? How would an alien race learn not to do what we did, what resulted in our demise? We’ve all heard of laser etching metal disks with the Bible, accounts of history, and even just names — pretty sure we’ve sent quite a few into space. But researchers at the University of Southampton’s Optical Research Center have come up with an even superior storage method. They call it the 5D Disc.

According to the researchers, each disc could hold a theoretical 360TB. They can withstand temperatures of up to 1000C, and it’s believe that they could last up to 13.8 billion years at room temperature without degrading — if that’s true, our sun would be long dead before the disc degraded! 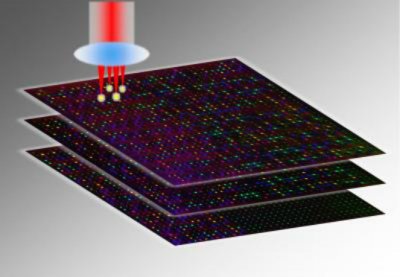 The data is stored using nanoscale dots, stored in three layers. The orientation and side position make up the five dimensions in total. A microscope and polarizer are used to read data, as the dots change the polarization of light as it passes through.

The team first demonstrated this technology in 2013, but back then, the technique could only fit about 300kb onto a disc. They’ve come a long way in three years.

So far they’ve recorded the UDHR (Universal Declaration of Human Rights), Newton’s Optiks, as well as the Magna Carta and King James Bible. Time for an archive of Wikipedia!

We have to wonder though. If the dots are etched by laser, how long would it take to record a 360tb string of data?!