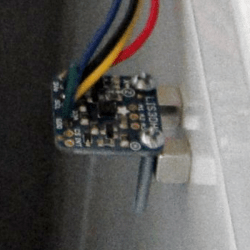 19 thoughts on “Launitor Saves You From Accidentally Smelly Clothes”