The Enlightened Raspberry Pi Contest wrapped up last week. As soon as the contest closed, Hackaday’s crack team of judges jumped on the case. Every entrant was carefully reviewed.  This was no easy feat! The field of 168 projects included both new concepts and old favorites. All of them were designed, built and documented with care. After all the votes were counted, 8 finalists rose to the top and were sent to [Matt Richadrson], [Ken Shirriff], and [Alvaro Prieto], our VIP judges, for the final ranking.

Each and every project creator deserves recognition for not only building an awesome project, but documenting it on Hackaday.io so others can build, modify, and enjoy their own versions. Without further ado, here are the winners of the Enlightened Raspberry Pi Contest! 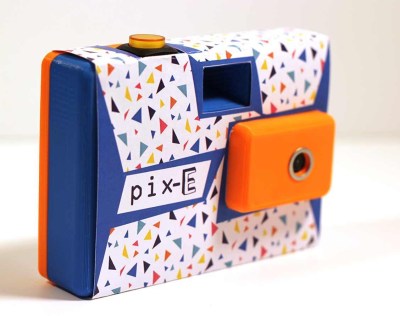 Grand Prize goes to [nick.r.brewer] with PIX-E Gif Camera. [Nick] has created a camera which can shoot animated GIF files, a mainstay of the internet since the 90’s. The camera’s 3D printed case takes us back to the days of disposable 35mm shooters. Alvaro said “Love the combination of written instructions with photos and time-lapse videos of the assembly process. If I were to try to put this together, I know I’d have everything I need to know available on the site.”
[Nick] will be taking home a Pi-Top Raspberry Pi powered Laptop. 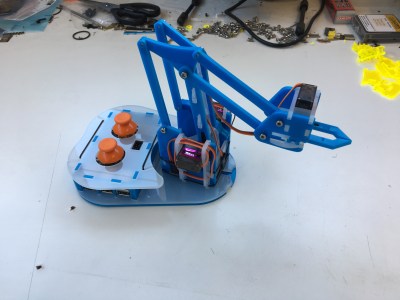 First prize goes to [Ben Pirt] and [Ben Gray], collectively known as Mime industries, for MeArm Raspberry Pi Edition. [Ben and Ben] improved upon the well-known MeArm. They simplified the design, reducing the screw count from 40 to 12. More importantly they added a Raspbery Pi and a joystick controller hat. Ken had this to say:

[The Bens] have won a Pi-Top Ceed all in one Pi Powered computer for the Mime industries offices. 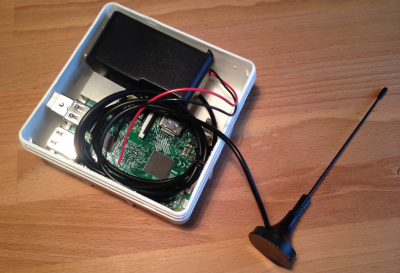 Second prize goes to [Solenoid] with Bypassing TV broadcasting restrictions. [Solenoid’s] father can’t watch many of his favorite television channels due to geographical restrictions in their native Switzerland. [Solenoid] has created a device which receives RF broadcasts, then retransmits them over the internet. Matt said:

“This project thoroughly explained the software setup, something that is often rushed through in other projects.”

We’re happy to award five more prizes to round out the top eight entries.

We’d like to congratulate all the winners, as well as thank everyone who entered the contest. The fun doesn’t end here though. The Enlightened Raspberry Pi Contest was the first of a series of contests here at Hackaday. We’re already teasing the next contest, The 1kB Challenge. Look for an official launch post on Monday!