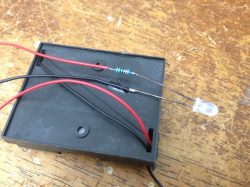 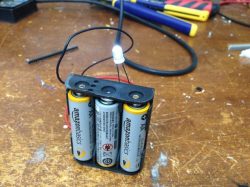 This LED candle is a clear option if your home isn’t a micro warehouse for electronic components (apparently it is frowned upon to clog up your garage for projects), and you have limited time.  However, if you have a number of extra minutes lying around before your windows blow in, see if you can top the brightest flashlight ever made (thus far).

If you are lacking in some of the hardware used in either of these projects, just work with what you’ve got.  Here is another makeshift light that instead uses LED modules running from 12V DC power.  As long as you have a power source and LED of some sort, you can create light.  Half of the fun of being limited to working with random parts is figuring out what you can make with them. 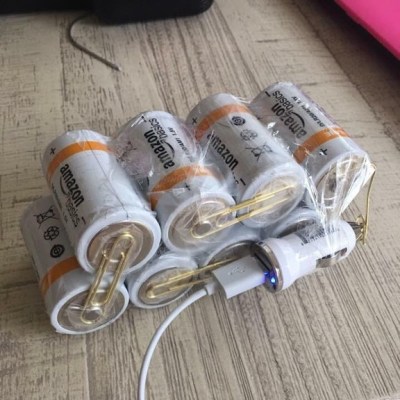 Another notion of losing power that would make any sane person in this day and age flinch is the thought of their phone dying.  Portable battery packs are wonderful, but not everyone has one and we all know how easy it is to forget to make sure they’re charged up and ready for a disaster.  A handy way to get around this is by MacGyvering your own bad boy with a car USB charger, a pile of C cells, some paper clips, and tape.

Even the smallest of power outages can happen at any time, so it is better to be prepared than SOL.  What is your favorite emergency hack?