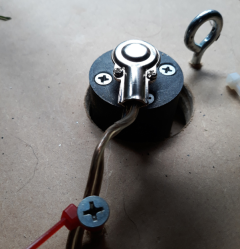 9 thoughts on “Old Christmas Tree Gets A New Spin”