[Monica] wanted to try a bit of facial detection with her Raspberry Pi and she found some pretty handy packages in MATLAB to help her do just that. The packages are based on the Viola-Jones algorithm which was the first real-time object detection framework for facial detection. 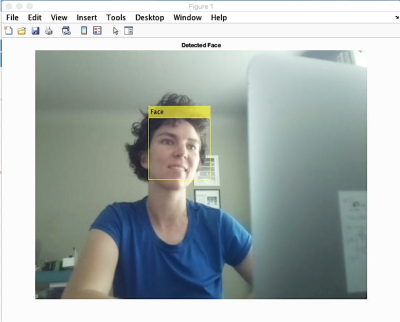 She had to download MATLAB’s Raspbian image to allow the Pi to interpret MATLAB commands over a custom server. That setup is mostly pretty easy and she does a good job walking you through the setup on her project page.

With that, now she can control the Pi in MATLAB: configure the camera, toggle GPIO, etc. The real fun comes with the facial detection program. In addition to opening up a live video feed of the Pi camera, the program outputs pixel data. [Monica] was mostly just testing the stock capabilities, but wants to try detecting other objects next. We’ll see what cool modifications she’s able to come up with.

If MATLAB doesn’t quite fit your taste, we have a slew of facial detection projects on Hackaday.