We’ve seen homemade VR headsets before, but, often they are dependent on special software or are not really up to par with commercial products. Not so with Relativity, an open source project from [Max Coutte] and [Gabriel Combe]. [Max] says it best:

Relativty is not a consumer product. We made Relativty in my bedroom with a soldering iron and a 3D printer and we expect you to do the same: build it yourself.

Unlike some homebrew gear, Relativity has full Steam VR support. It also has experimental support for positional scaling that tracks your body based on video input.

Under the covers, a motherboard with an Atmel ARM Cortex M3 and an IMU do the heavy lifting and account for $25 of the $200 price tag. The firmware though can run on any suitable ArduinoCore processor. The displays, too, have options. You can go for price with 90 Hz 1080p screens or jump up to 4K. The prototypes use a 2K dual display at 120 frames per second. 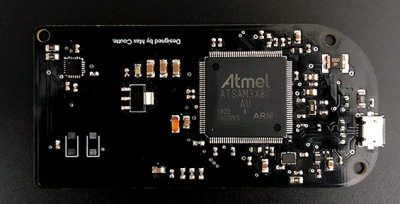 If you want to build Relativity yourself, all the details are on GitHub and there is a Discord server for help. The 3D printed case looks great and overall it seems like an impressive design.

We’ve seen a few similar projects, some even cheaper. We actually covered an earlier incarnation of the headset from the same team. You can see they’ve come a long way.