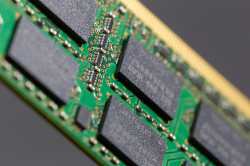 If your goal is speed then, one answer has always been to make a RAM disk. These were staples in the old days when you had very slow disk drives. Linux often mounts transient data using tmpfs which is effectively a RAM drive. A disk that refers to RAM instead of flash memory (or anything slower) is going to be super fast by comparison to a normal drive.

But does that really matter on these phones? I’m not saying you don’t want your phone to run fast, especially if you are trying to do something like gaming or augmented reality rendering. What I’m saying is this: modern operating systems don’t make such a major distinction between disk and memory. They can load frequently used data from disk in RAM caches or buffers and manage that quite well. So what advantage is there in storing stuff in RAM all the time? If you just copy a flash drive to RAM and then write it back before you shut down, that will certainly improve speed, but you will also waste a lot of time grabbing stuff you never need.

According to reports, the DRAM in Xiaomi’s phone can reach up to 44GB/s compared to the flash memory’s 1.7GB/s reads and .75GB/s writes. Those are all theoretical maximums, of course, so take that with a grain of salt, but the ratio should be similar even with real-world measurements. 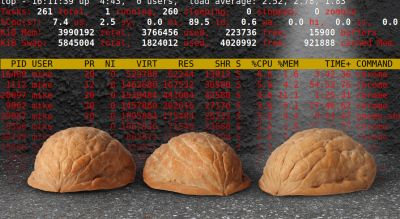 The argument is that (according to Xiaomi) games could install and load 40% to 60% faster. But this begs the question: How did the game get into RAM to start with? At first we thought the idea was to copy the entire flash to RAM, but that appears to not be the case. Instead, the concept is to load games directly into the RAM drive from the network and then mark them so the user can see that they will disappear on a reboot. The launcher will show a special icon on the home screen to warn you that the game is only temporary.

So it seems like unless your phone is never turned off, you are trading a few seconds of load time for repeatedly installing the game over the network. I don’t think that’s much of a use case. I’d rather have the device intelligently pin data in a cache. In other words, allow a bit on game files that tell them to stay in cache until there is simply no choice but to evict them and you’d have a better system. A comparatively fast load from flash memory once, followed by very fast startups on subsequent executions until the phone powers down. The difference is you won’t have to reinstall every time you reset the phone.

This is Not a Hardware RAM Drive

There have been hardware RAM drives, but that’s really a different animal. Software RAM drives that take part of main memory and make it look like a disk appears to have originated in the UK around 1980 in the form of Silicon Disk System for CP/M and, later MSDOS. Other computers of that era were known to support the technique including Apple, Commodore, and Atari, among others.

In 1984, IBM differentiated PCDOS from MSDOS by adding a RAM disk driver, something Microsoft would duplicate in 1986. However, all of these machines had relatively low amounts of memory and couldn’t spare much for general-purpose buffering. Allowing a human to determine that it made sense to keep a specific set of files in RAM was a better solution back then.

On the other hand, what the Xiaomi design does have one important feature. It is good press. We wouldn’t be talking about this phone if they hadn’t incorporated a RAM drive. I’m just not sure it matters much in real-life use.

We’ve seen RAM disks cache browser files that are not important to store across reboots and that usually works well. It is also a pretty common trick in Linux. Even then, the real advantage isn’t the faster memory as much as removing the need to write cached data to slow disks when it doesn’t need to persist anyway.

73 thoughts on “Does Your Phone Need A RAM Drive?”