We’ve already unveiled multiple keynote speakers and a slate of fascinating presenters that will be showing off everything from reverse engineering vintage calculators to taking those first tentative steps on your CAD journey for this year’s Remoticon. You’d be forgiven for thinking that’s everything you’ll see at the conference, but there’s still plenty to announce before the two-day virtual event kicks off on November 19th. Normally we’d be promising to make sure you get your money’s worth, but since tickets are completely free, we’re shooting a bit higher than that.

We were blown away by the number of fantastic talk proposals we received during this year’s extended call. Let’s take a look at the next four presenters who will be joining us for the 2021 Hackaday Remoticon on November 19th through the 20th.

Jeroen, best known to Hackaday readers as the legendary [Sprite_tm], is not one to turn down a challenge. So when Big Clive published a flash dump from a cheap musical Buddhist meditation aid and asked if his viewers were interested in trying to figure out how the device could be made to play different songs, he was happy to lend his skills to the effort.

It turns out, Jeroen and the other Internet sleuths who took on the puzzle had their work cut out for them. Between figuring out what chip was hiding under the dreaded black epoxy blob to cracking the encrypted firmware stored on the SPI flash chip, the project has ended up being a tour de force in reverse engineering.

While they still haven’t hit their aspirational goal of loading the gadget up with Rick Astley’s greatest hit, Jeroen thinks they’re getting close and will tell us all about their progress in what’s sure to be a fascinating presentation. 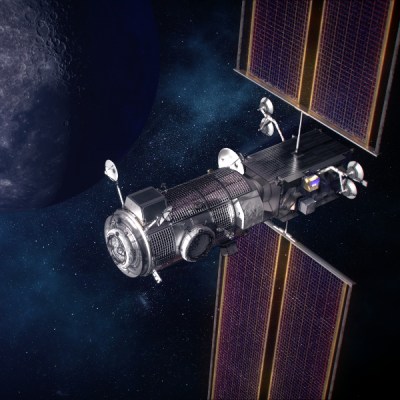 Designing electronics is hard, and it gets even harder when the electronics in question are built to travel through space. During his five years working in the avionics group at SpaceX, specializing in EMI and ionizing radiation effects, Sergiy learned a thing or two about making sure your hardware has the Right Stuff to complete its mission.

His talk is a hitchhiker’s guide to lightning, humidity, vibration, triboelectric charging, radiation, solar flares, re-entry plasma and some of the other physics that engineers must consider in their designs. In other words, 1000 ways to break a computer. These are issues we don’t give much thought to when hacking around with development boards, but if you ever hope to take one of your designs out to the black, these are the things that will keep you up at night.

Now heading up a startup that does physics-driven generative design for PCBs (space-bound and otherwise), Sergiy describes his presentation as a light-hearted take on the effort required to qualify electronics for space applications, so you don’t need to be a rocket scientist to tune in. But it might help.

To say the world was unprepared for the global COVID-19 pandemic would be something of an understatement. Seemingly overnight, communities all over the globe found themselves woefully short on the same personal protective equipment (PPE) that hospitals were in desperate need of. Seeing this as an opportunity to put their skills and equipment to use, makers all over the world began using their 3D printers, laser cutters, and CNC routers to churn out everything from face masks to prototype ventilators.

In March of 2020, makers in India banded together to form the M19 Collective. With an eye towards combining centralized open source design philosophy with decentralized manufacturing, they were able to produce one million face shields in just 49 days. Recently they have been focusing on India’s oxygen shortage by not only building and distributing concentrators, but in educating locals on how to operate and maintain them.

During his presentation, Vaibhav will give a first-hand account of how India’s hacker and maker community came together in these unprecedented times. With grass-root level innovation leading to arguably the largest scale adoption of open source hardware in history, the M19 Collective is demonstrating the value collaborative development on the global stage.

It’s safe to say that most Hackaday readers have an old laptop or two kicking around the workshop. You might not use them, they might not even be in functional condition, but it just seems wrong to throw them away. You know they’re full of fabulously useful components, miniaturized and made cheap by the economies of scale, but how do you determine which parts are worth salvaging? Perhaps more importantly, what do you do with the components once you’ve liberated them?

Luckily for us, Arsenijs has put together a presentation specifically for the hacker that wants to get the most out of that stack of old laptops collecting under their desk. In this talk he’ll go over reusing the obvious components like the screen, keyboard, charger, motherboard, webcam, battery, and touchpad, but that’s only the tip of the iceberg. There’s a lot more useful gear inside those old machines than you’d expect, you’ve just got to know what to look for.

As the creator of the Zerophone, a hacker-friendly mobile phone that can be assembled for $50 USD, Arsenijs knows plenty about mobile devices. But his experience with reusing scavenged parts also comes from trying to put projects together with next to no budget; something we’ve all had to deal with at one time or another. He believes the Hackaday Remoticon is the perfect place to show off some of the thrifty lessons he’s learned as a starving hacker, and so do we.

We’re Not Done Yet

Hungry for more? Don’t worry, there might only be three weeks left before we kick off our second Remoticon, but we’ve still got more talks and special events to reveal as we enter the final stretch. So do yourself a favor and put your name down for a free ticket, or better yet, spend the $25 and get the shirt. After all, it’s the only way you’re going to get some swag from a virtual event until we develop transporter technology.