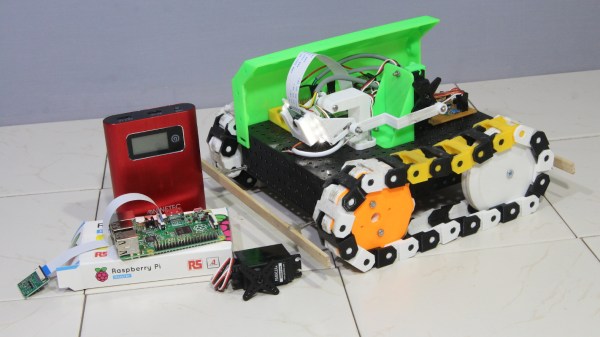 Around the World in 80 Days may have been an impressive feat of international travel in a world before widespread air transit. In modern times though, it’s not even necessary to leave your home in order to travel around the world. To that end, [Norbert] is attempting to accomplish this journey using a robot that will do the traveling for him as part of this year’s Virtual Maker Faire.

The robot is called the World Tour Robot, and the idea for it is to be small enough to ship to each new location around the world and be simple enough to be repaired easily. It is driven by two servo motors and controlled by a Raspberry Pi which also handles a small camera. Once at its location, it can connect to the internet and then be able to be controlled through a web interface. Locations are selected by application, and the robot is either handed off to the next person in the chain or put back in a box to be shipped.

The robot hasn’t left for its maiden voyage just yet but [Norbert] plans to get it started soon. Hopefully there are enough interesting places for this robot to explore on its trip around the world, although it’s probably best to avoid Philadelphia as it is known to be unfriendly to robots.