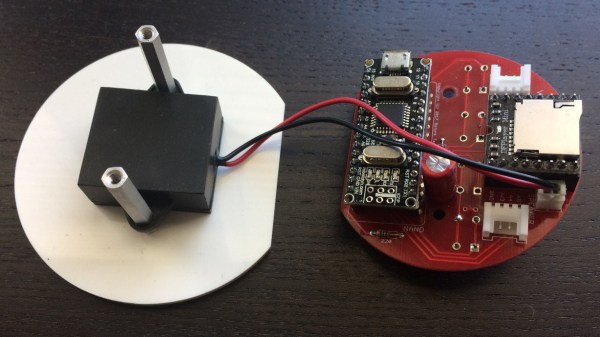 [Tom] teaches electronics with this small programmable MP3 player, but it didn’t get its start as a teaching tool.

As all parents are sometimes required to do, [Tom] was acting as chauffeur for his daughter and his friends. When he played the Beatles one of his passengers informed him that she was completely devoid of taste and didn’t like them at all. So he decided what the world needed was a Beatles appliance. This way all the ignorant plebs could educate themselves at the push of a button.

The machine is based around some SEED studio parts and a simple PCB. It was able to hold all 12 original albums and even announced their titles in a generated voice. Since the kit is easy to put together it was quickly re-purposed as a teaching aid. They get to learn the laser cutter and do some through-hole soldering.

He has plans to turn it into a more formal how-to workshop that anyone can duplicate.He’d also like to make a small software suite for playing with text-to-speech and hacking the speaker into other roles such as a multi meter.