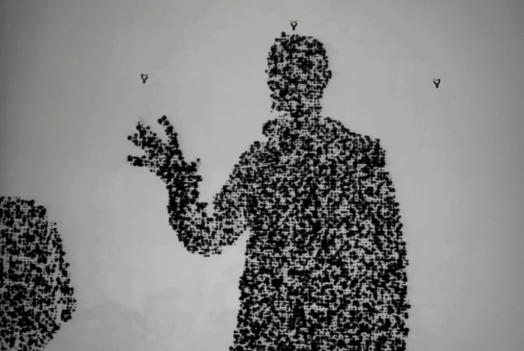 Here’s a new hack for the Xbox Kinect called “Effervo”. It’s a really cool effect built using Openframeworks. The Kinect is setup in front of the user and the projector puts an image in front of the user’s screen. Three dimensional data about the person and his or her movements is captured using Microsoft’s sensor. As it is described, the Effervo program “uses simple iterative rules to govern its movement and gives the impression of swarm like behavior.” This may not be a “Haloween Hack”, but we could definitely see something similar used in a haunted house. Maybe it could use blood droplets instead of particles?

Maybe this hack will inspire other people to follow in [Jayson’s] footsteps. He describes himself as a “programmer turned artist.” We’d like to think that all engineering and programming work is a form of art, but the video of this piece in action after the break is especially eye-catching.