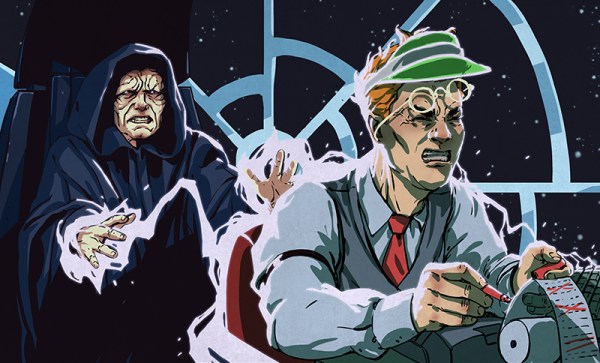 Here at Hackaday we see a lot of technological hoaxes looking for funding. Some are on Kickstarter, others are firms looking for investors. And unlike a lot of the press, we’re both skeptical and experienced enough to smell the snake oil. When you read about a laser-powered razor blade that looks too good to be true, you know we’ve got your back.

The background: [Zachary Feinstein] is a professor at Washington University in St. Louis who studies financial engineering, and in particular systemic financial risk in the banking sectors. So he’s just exactly the guy you’d tap to write a paper on the financial repercussions of the destruction of the Death Stars in Star Wars (PDF). Wait, what?

The central argument of the paper is that, since the Empire has so much money wrapped up in building the Death Stars, it’s economic suicide for the Rebels to destroy it. To quantify any of this, [Feinstein] runs financial crisis models. The idea is that the Rebels win, but they inherit an economy that’s so dysfunctional that they’d have been better off not destroying the Death Stars.

We’re not saying that the rest of the press is gullible, but we are saying that they’re not putting their best economists onto articles about financing Death Stars. But here at Hackaday, we are. And we’re calling it a hoax. So let’s look into what the paper gets right, and what makes less sense even than Chewbacca’s infernal growling. Spoiler: we’ll get wrapped up in numbers because it’s fun, but the whole thing is moot for Econ 101-style reasons.