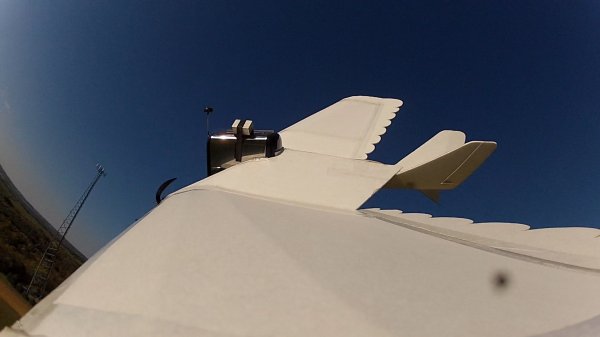 Do you remember that screen saver from the 80’s of flying toasters? Well the guys over at Flite Test just made a real flying toaster.

The first challenge was converting a toaster to run off batteries, which [David] accomplished by splitting the elements in the 110V toaster into 4 segments, and running them off of 6-cell LiPo — when the toaster is on, it draws almost 700W. The next question was — how much of an effect does air flow have on a toaster’s ability to toast? As it turns out, not that much! They tested the system by driving down the street holding a toaster out of the passenger window of the car, and while they got some strange looks, they also successfully toasted the bread.

The next step was making a plane capable of carrying the extra batteries, and a bulky, not-so-aerodynamic toaster. This was probably the easiest part, as they have made a flying 20kg cinder block before. Needless to say, making a toaster capable of flight was not much of a challenge.

Our favorite part of the video is the test flight, where [Josh] wears a POV visor system to, wait for it… watch the bread toasting. Check it out after the break!