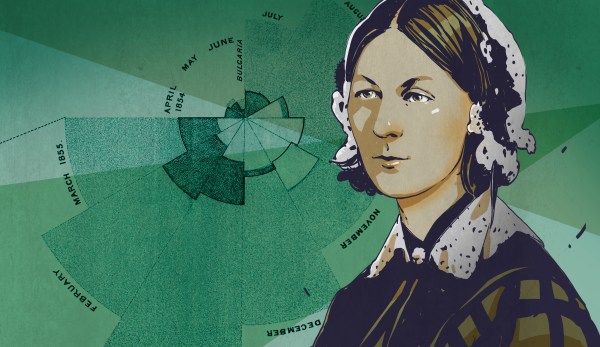 When you think of Florence Nightingale, you probably imagine a nurse with a lamp, comforting soldiers. Indeed, Florence is considered the mother of modern nursing. But she also made serious contributions in statistical data analysis, and used the diagram named after her, the Nightingale rose diagram, to convince the British Parliament to enact sanitation reforms that saved hundreds of thousands, if not millions, of lives.

During the Crimean war, Florence worked around the clock as head nurse in an overcrowded field hospital. But she also found time to create graphs to illustrate the terrible conditions of that field hospital to members of British Parliament. The sanitation reforms she led greatly improved the life of the soldiers in battle, and widespread adoption of her hygienic practices vastly reduced mortality rates of humanity in general.