If you ever spent some time playing on the Atari 2600, there’s an excellent chance you went through a few rounds of Combat. The two-player warfare game not only came with the console but was actually one of the more technically impressive titles for the system, offering nearly 30 variations of the core head-to-head gameplay formula.

But unfortunately, none of those modes included single player. That is, until [Nick Bild] got on the case. While some concessions had to be made, he has succeeded where the original developers failed, and added a computer-controlled enemy to Combat. What’s more, the game still runs on the stock 2600 hardware — no emulator tricks required. The true aficionados can marvel at the snippets of source code he’s provided, but the rest of us can just watch the video below the break and marvel at the accomplishment. 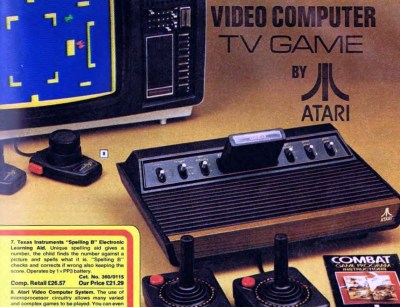 If you’ve never worked on such a constrained system, this might not seem like a big deal. But [Nick] does a great job of explaining not just what he did, but why it was so hard to pull off in the first place. For example, the console has no video buffer, so everything needs to be done during the VBLANK period where the game doesn’t need to be drawing to the screen. Unfortunately that didn’t give him enough free cycles, so he had to split his code up to run across three frames instead of just one. That mean’s the original game logic is now only running 27 frames out of the 30 per second, but he says you can’t really tell in practice.

That said, some cuts had to be made. He needed to remove the surprisingly complex engine sounds to free up some resources, and had to bump the 2 KB cartridge up to 4 KB to hold the new code and data. Turns out the 2600 could handle far larger cartridges via bank switching though, so this wasn’t actually a problem.

Given its age and limited capabilities compared to more modern consoles, you might think the Atari 2600 would be little more than a footnote in gaming history. But there’s a devoted group of folks who enjoy squeezing everything they can out of the system’s 45-year-old hardware which leads to labors of love like this one.